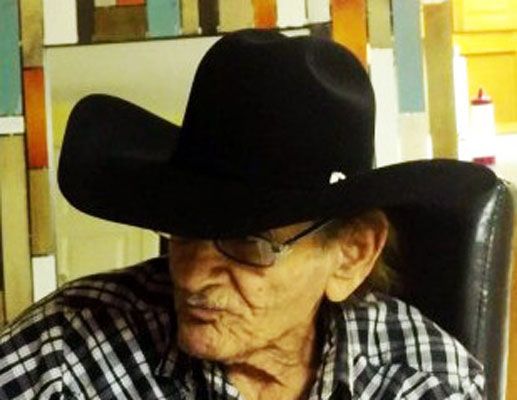 The fireworks came early on July 2, 1928, when Amiel Louis “Tiger” Proto entered into the world in Hays, Pennsylvania, now a neighborhood in present-day Pittsburgh. The son of Louis H.C. and Ida Matrina Proto (nee Bianchi), he was the oldest son in a family of six children. Amiel grew up in Clairton, Pennsylvania, a mill town south of Pittsburgh on the Monongahela River. Amiel was still in school when war broke out, but at the age of 16, he left high school and joined his father at the Edgar Thomson Steel Works – Carnegie Steel to support the war effort and to help support his family. In 1945, he joined the Army, fibbing about his age as his parents would not allow him to enlist as a minor. He was training for the Japanese invasion when the atomic bombs were dropped on Hiroshima and Nagasaki. He was then part of the military occupational forces on the island of Japan soon after the surrender. As a paratrooper in the 11th Airborne Division, he earned both glider wings and jump wings during his Army service.

Following the end of his enlistment, he briefly returned home to Clairton and resumed working at Carnegie Steel. Determined not to spend the rest of his life in the mill, Amiel then joined the newly formed U.S. Air Force and trained to become an Air Policeman. He was stationed in French Morocco during the construction of the Nouasseur Air Base, a SAC staging area for B-36 and B-47 bombers aimed at the Soviet Union in the early years of the Cold War. He continued his Air Force service during the Korean War and was eventually stationed at Davis Monthan AFB in Tucson.

During this time, a little known and nearly forgotten incident in Southern Arizona fatefully brought him to Greenlee County as part of a detachment discreetly dispatched to locate and recover a piece of classified military ordinance, jettisoned in the area by a bomber in distress. It was during this time that he met the love of his life, Ernestine Gomez, in Clifton. Following the recovery of the ordinance, Amiel returned to Tucson but continued his courtship of “Ernie” during his weekend passes, often using his thumb to obtain a ride to Clifton. He left military service and was wed to Ernestine on June 19, 1954, at the Sacred Heart Catholic Church in Clifton. Although proud of his Pennsylvania roots, he adopted Arizona as his home state and together with his young bride, began his family.

Amiel held a number of jobs before starting a career with the Federal Bureau of Prisons in 1959.  He was a Greenlee County Deputy Sheriff, Southern Pacific Railroad worker, and worked in highway construction as a member of a blasting crew where he helped build the present-day Coronado Trail between Clifton and Alpine. He also acquired the nickname of “Tiger”, as he would be affectionately known by his family and close friends for the rest of his life.

“Tiger and Ernie” were the proud parents of three sons. As the family grew, Tiger often called one of the boys his brother’s names once or twice before getting it right. Ultimately, yet affectionately, he introduced them as his Number One, Number Two, and Number Three sons. He was a demanding but loving father with old fashioned values and expectations. He was rugged and independent and embraced living in the southwest and the western lifestyle, seldom seen in town without a cowboy hat or wearing a good pair of boots. He was proud to work for the Justice Department and retired from the Bureau of Prisons as a correctional counselor in 1979. During his career, he crossed paths with many notable, high profile “clients”, including celebrities, politicians, and members of organized crime families. He was well respected by co-workers and these incarcerated clients alike. His career took him to assignments in California, Texas, and Arizona. Ultimately, Tiger sacrificed career advancement for the stability of raising his family in Safford, where he has been a resident since 1969, allowing all three of his children to attend Safford High School and to remain close with extended family.

The “Tiger” nickname he acquired as a young man was well-deserved. Although not large in stature, he never backed down and was the epitome of toughness. He was also generous to a fault, often engaging and befriending folks he has absolutely nothing in common with. Although not perfect, he was a dedicated husband and father who made many sacrifices and worked hard to provide and care for his family. As a loving husband to Ernestine, he unashamedly stepped into her role anytime she was unable to after becoming chronically ill in 1969. He was extremely intelligent, well-read, and outspoken in his personal and political beliefs. He believed in God, country, hard work, and being fair. What he lacked in formal education, he made up for in life experience, professional training, and independent study. He insisted on academic achievement for his children and was a terrific role model for his young sons. He continued to give wise counsel to them throughout his life.

In 1981, after 27 years of marriage, Tiger lost his wife and life partner, Ernestine, to cancer. This would affect him profoundly for the rest of his life. However, despite this tragedy, his resilience and perseverance were remarkable. He was later himself a cancer survivor as well as a survivor of several accidents that probably would have likely killed most “mortal men”.

Amiel loved country and western music and dancing, which he did well into his life. He loved the outdoors and spending time on Mount Graham with family and was a staple in memorable deer camps with sons and grandsons. Among other things, he was a talented artist, accomplished marksman, and an excellent cook. His spaghetti and meatballs were on par with the best. He was well versed and proficient in many aspects of mechanics and general “know-how”. Anybody who knew him knew that he had a weakness for collecting cars, some classic and other that probably nobody but he would really want. His first project was “Jasper”, a 1939 Ford sedan that he restored and used as a second family vehicle for many years. Hunting relics, treasure, and anything antique to the old west was also his passion. He had a strong personality and loved to tell interesting and sometimes hilarious stories about his life experiences. To his sons and many others, he was larger than life. Tough as nails, he defied mother nature and father time for many years.

Amiel is survived by his three sons, Amiel Anthony (Rosie), Dante Louis (Kim), and Matthew Sebastian, who was his hands-down favorite. He also is survived by sisters, Mary Mercedes (Stanley) Kwitowski, Lucille Bojus, and Loraine Rexford; sister-in-law, Vivian Romero, and brother-in-law, Gilbert Gomez (Dora).  He has nine surviving grandchildren and 12 great-grandchildren and numerous nephews and nieces.

In addition to his parents, he was preceded in death by his loving wife, Ernestine; his younger brother, Theodore Proto; his sister, Theresa Whetzel, and loving grandson, Matthew Louis Proto.

Tiger lived life with gusto and had few regrets.  He was a member of the truly greatest generation who in addition to his Army (WWII) and Air Force (Korea) service, also served in the Navy Reserves during the Vietnam War. Tiger cashed in his chips on June 16, 2020, two weeks short of his 92nd birthday. While his dancing days may be over and we are all saddened by his loss, his indelible memory lives on.

Due to pandemic concerns, services will not be held until later this summer.