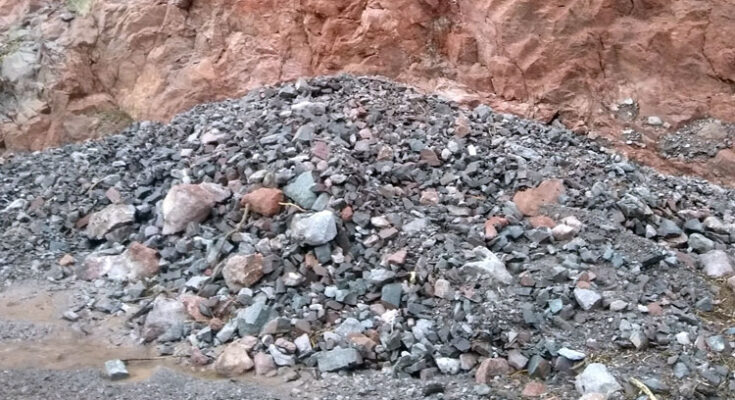 Photo By Susan Breen: A severe thunderstorm in the Morenci/Clifton area caused multiple mud/rock slides like this one.

MORENCI/CLIFTON – A severe thunderstorm struck the Morenci/Clifton area early Sunday evening and caused mudslides above the horseshoe bend of U.S. 191 North and near the Clifton Train Station.

Rain began falling around 4:30 p.m. and ended up hitting the area very hard.

“It’s been at least 20 years since there has been such a heavy storm,” Gila Herald reporter Walt Mares advised from the scene.

Additionally, Bashas’ closed due to water leaks in the store. The Conoco in Morenci, Family Dollar in Clifton, and Circle K in Clifton were also all closed.

The area above the train station has collapsed before, but the last time was in 1985.