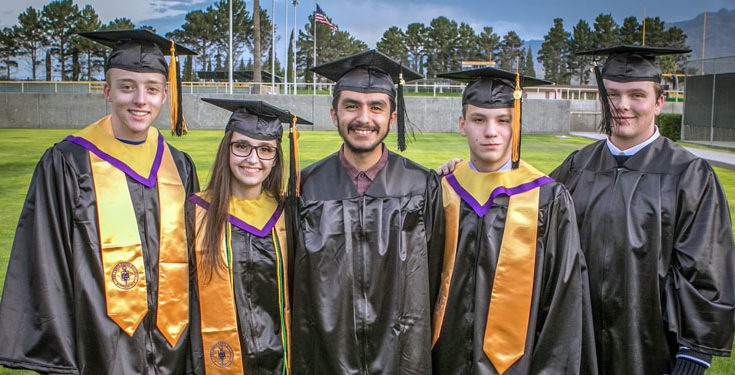 Photo By Kris McBride/EAC: EAC graduated 654 students for its largest commencement class to date. Of those, 127 received high honors and 134 received honors.

THATCHER — Eastern Arizona College honored the Class of 2019 – the largest in its 130-year history – at a commencement held Friday, May 10. College faculty and staff, elected officials, friends, and families of the graduates filled John T. Mickelson Stadium to celebrate this event.

The Class of 2019 included 654 candidates for graduation. Members came to EAC from 11 Arizona counties, 16 states, and four countries, including Australia, Bulgaria, Turkey, and France. A total of 295 members graduated with honors, with 34 receiving highest honors, 127 receiving high honors and 134 receiving honors. They will go on to a broad range of careers and to four-year universities to study business, engineering, education, finance, medicine, and much more.

In addition to the traditional academic ceremony, the audience received comments from a number of individuals, including EAC President Todd Haynie, who welcomed the gathering, and Dr. Cindy Olvey, president of the EAC Alumni Association, who welcomed EAC’s newest alumni.

Gordon H. Smith, president and CEO of the National Association of Broadcasters and a two-term U.S. Senator from Oregon, delivered the commencement address. Originally from Pendleton, Oregon, Smith attended college at Brigham Young University, received his law degree from Southwestern University School of Law, and practiced law in New Mexico and Arizona before returning to Oregon to direct the family-owned Smith Frozen Foods. Before his election to the U.S. Senate in 1996, Smith served in the Oregon State Senate, rising to the position of president after only three years.

Smith has strong ties to the Gila Valley; his mother Jessica Udall Smith, the daughter of Jesse A. and Lela Udall, was raised on Church Street in Thatcher in the boyhood home of Spencer W. Kimball. His grandfather, Jesse A. Udall, was a Graham County attorney, state legislator, and chief justice of the Arizona Supreme Court. His sister, Charlotte Phillips, lives in Thatcher.

Smith’s speech included a poignant message about attaining happiness, and how it is found in helping others, not in the inward pursuit of pleasure. “The most important time demands in your life are the time you spend at home, the time you spend in your profession, and the time you spend in service at your church or in the community,” Smith said. “It is those efforts that will bring you durable happiness; not the kind of happiness that fades with a new car or a vacation you took six months ago.”

Marshall Adams, the son of Frank and Ginger Adams and a graduate of Round Valley High School, represented the Class of 2019. Adams earned a 4.0-grade-point average while attending EAC and received an Associate of Arts degree. A member of Phi Theta Kappa and various musical ensembles, Adams received the prestigious “Outstanding Music Major Award” and was named co-finalist and co-winner of the EAC Concerto Competition – performing Rachmaninoff’s Piano Concerto No. 2. In his speech, Adams reminded his fellow students that it is critical to learn from failure because it is a part of life and can help uncover one’s true strengths and abilities.

David Henson, a respected professor of biology and chair of the EAC Science Division, represented the faculty. Prior to beginning his career at EAC in 2002, he taught 17 years at Pima High School and six years at Thatcher High School. Henson is known for his endless preparation and energy in the classroom and the personal interest he shows for his students. Henson received his undergraduate and graduate degrees from Northern Arizona University where he accepted a full ride basketball scholarship and was named an NCAA Academic All-American. He also completed graduate work at the University of Arizona. Henson encouraged the graduating class to make their dreams a reality and to always remember the importance of family as they go throughout their lives. 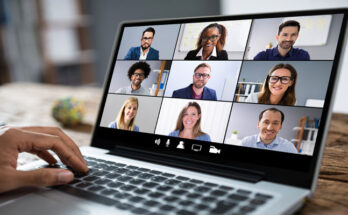