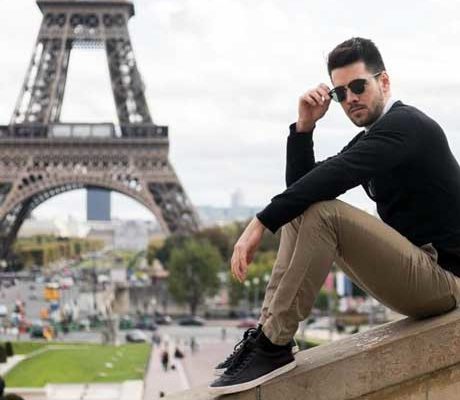 As told by his mother, Maria Kouts

Editor’s note: This is the second part of our weeklong series delving into the tragic death of Josiah Kouts, 25, from a heroin overdose and what is being done in the aftermath. This is the second of a three-part series written by Maria Kouts about her son. We pick up Maria’s story just as Josiah had finished a six-month stint at court-ordered rehab.

“He would travel to the city and spend weekends with his buddies and met and fell in love with the love of his life.

He worked during the week and traveled to Phoenix on the weekends. They began to party and party hard.

After nine months of sobriety, Josiah succumbed to drugs once again. However, this time was different. He came to me and told me right away and he began calling around to get himself into a rehab.

Phoenix Rescue Mission took him in. Josiah thrived at this rehab. He had what he called ‘his own personal pastor’. Josiah wanted sobriety this time.

While Josiah was in Phoenix Rescue Mission, his girlfriend finished school and went back home to Paris, France. She told Josiah to come as soon as he could.

Josiah finished his rehab, came home and worked and saved enough money to pay off his probation and get a one-way flight to Paris. He moved and they married a short time later.

Every time I talked to him for the next few months he was happy and thriving. Then the partying began. He would get black-out drunk and go buy over-the-counter pills to ‘help with the hangover’. It didn’t take him long to realize he was headed for disaster.

He went and visited a doctor and the doctor put him on Suboxone. After his life had fallen apart again, he told me that Suboxone was worse to get off of than heroin. During his second week of detoxing off Suboxone, he lost his wife, his home, his security. He slept on the floor of one of his buddy’s room until he saved enough money to get a flat.

For the next six months, Josiah lived sober from any and all opiates, but never stopped partying. He would tell me that alcohol wasn’t a problem – he would only drink on weekends. That soon changed and he began drinking all the time. Throughout that six-month period, he would tell me he wanted to stop but his heart was so broken he didn’t know how to cope. He again found himself with no classes, no meetings, no one to call if he felt weak, no would who walked in the same shoes as he was in.

Soon after the six months on his own, he lost his job. With no other choice, he came back to Safford. He came home.

He had a plan. He wanted to work, save up all his money and move back to Europe. He decided that he needed to stay busy and stay away from old friends who did drugs.

The first several months he did amazing! He had ‘money in the bank’ and a clear mind. One choice at a time he began going out to the bar with ‘friends.’ He spoke often of his broken heart and said he would never love another like he did his wife.

Josiah and two of his friends decided to take the month of January and do a ‘road trip.’ New Year’s Eve was spent in New York and several days later they headed for Chicago then onto Colorado, Las Vegas, California, Phoenix, and back home to Safford. Josiah and his buddies spent a few days at our home and they were all ‘on top of the world.’ They were already planning their next trip before Josiah took them back to catch their flights in Phoenix.

Josiah got home around 3 a.m. on Monday, Jan. 22. He slept in and didn’t make it to work Monday. When he finally rolled out of bed, he told me that he was exhausted from a month of no sleep. He went in the kitchen and made his favorite chorizo and egg burro and came out and lied on the couch with me, Montana, and Aurora. Montana handed him Aurora and he played with her for a few minutes and handed her back stating that he didn’t want to get her sick. He was coughing, sneezing, and blowing his nose. We watched ‘The Good Doctor’ and as soon as it was over, I went to bed, leaving Josiah and Montana and sleeping Aurora on the couch.

I woke up Tuesday morning and was out of the house by 5:55 a.m., headed to the church for prayer. After prayer, I went to the gym, then home to change clothes and head to our pastor’s meeting. I got Aurora at 10:45 a.m. and met Jason at El Charro for lunch. After lunch, Aurora and I went to Walmart and then back to the church for our Tuesday class at 2 p.m. I got home at 3:30 p.m. and began cutting up some cheese and tomatoes.

Jason rolled in at 3:45 p.m. and told me Josiah hadn’t shown up for work. I told him I hadn’t seen Josiah today and to go check on him because he said he was sick.

Then I heard the words I will never forget. ‘Josiah is dead.’ The screaming didn’t stop. Austin ran to his room. I guess I went into shock because I kept running in a circle over and over.

Then I heard Jason scream ‘Maria, call 911 now!’ I snapped back into reality and flew up the stairs and into his room.

There he was, my beautiful 25-year-old son, cold, grey, stiff, lifeless. I lied on top of him, acting as if he could hear me saying ‘no son. No baby boy. Why son?’

I thought he had beat it. I hadn’t been one bit worried or scared. He was thriving! He was living the dream. He was surrounded by family and friends that loved him.

Josiah played with the devil, and he doesn’t play fair.

One weak moment, one choice, one fatal decision.”

Hot tubs at Hot Well Dunes closed due to flooding