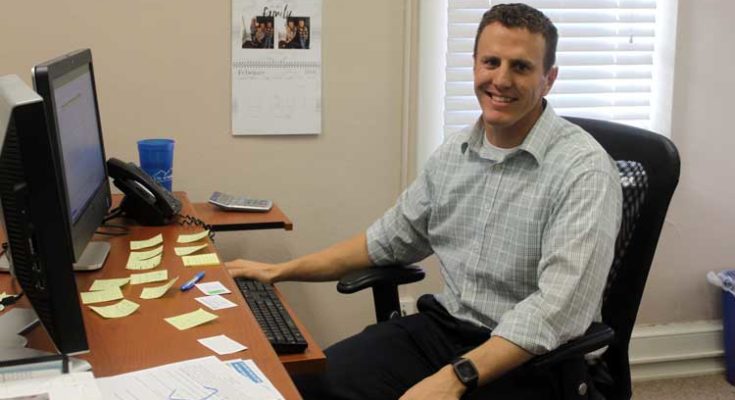 At its Tuesday morning meeting, the Graham County Board of Supervisors unanimously voted to approve the hiring of Safford Planning & Community Development Director Dustin Welker as its next county manager.

According to Graham County Supervisor Chairman Danny Smith, 29 applicants were accepted for the position with five finalists being interviewed.

“We had some fantastic applicants,” Smith said. “I truly feel like several of them would do a great job for us.”

Supervisor Jim Palmer made the motion to accept Welker as the new county manager, and Supervisor Paul David seconded it. Smith then made the vote unanimous.

“I look forward to a long working relationship, and I’m very pleased to have him on board,” Smith said.

“Dustin is an up-and-coming bright young man,” Palmer said. “I have every anticipation he’s going to do a great job for many years to come.”

Graham County born and raised, Welker has spent the last 10 years working for the city of Safford, serving the last five as director.

“I think because I have grown up here and live here I can talk very passionately about that just because I love this place so much,” Welker said.

Welker’s grit, determination, work ethic and need to do the best he can is credited for his rise in government. He told The Gila Herald that he never imagined becoming county manager.

“I’ve taken everything day-by-day and focused on what my job is on a daily basis,” Welker said. “I’m very happy, fortunate and blessed with the city of Safford. They’ve been really good to me, and I’ve worked really hard for them. I feel like we’ve accomplished a lot of things over the last 10 years . . . I’m fortunate to take everything I’ve learned here over there.”

Welker said his local experience and built-in relationships will help him transition to the county. He said he looks forward to working with the municipalities of Safford, Thatcher, and Pima to better the community and county as a whole.

“My initial goals and objectives are to work with the three county supervisors and find out what their priorities are and work off those,” Welker said.

Cooper, who has been Graham County Manager for 22 years, will stay on for a couple weeks after Welker moves over March 19 to help with a smooth transition. Welker asked the BOS to allow him to give Safford four weeks notice to button up some work he is doing for the city.

“I know this was a very difficult decision as you had several great qualified applicants,” Cooper said via speakerphone. “I really appreciate the fact that you put a lot thought into this process . . . I think, in the end, you made a great decision, and Dustin is going to do an excellent job.”

“I love this community,” Welker said. “I’m happy they are giving me the opportunity . . . I’m thankful for Safford for the opportunity I’ve had here and everything we’ve been able to accomplish, and I’m super excited to move over to the county and keep doing what we’ve done here.”