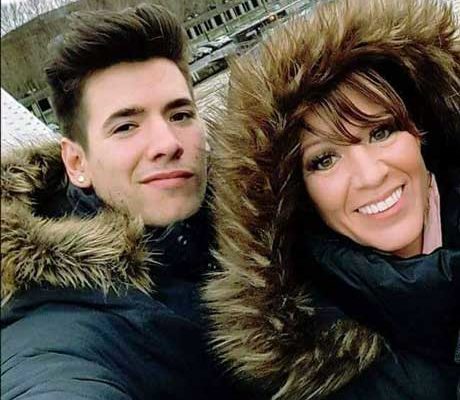 As told by his mother, Maria Kouts

Editor’s note: This is the first part of our weeklong series delving into the tragic death of Josiah Kouts, 25, from a heroin overdose Tuesday, Jan. 23, and what is being done in the aftermath. This is the first of a three-part series written by Maria Kouts about her son.

“I was such a complete novice when it came to drugs. I had never touched a drug and it didn’t cross my mind once to educate my children about drugs. My honest-to-God thinking was that since I never touched drugs neither would my children. Drug kids come from drug parents, right?

We raised our children in church and have always been hands-on. If they wanted to play a sport, I would coach that sport.

As our kids grew, they were involved in every sport. Josiah started working with his dad at the age of 2, handing him shingles on a roof. Fairly early on, Josiah realized that he would rather use his brains than his brawn.

Josiah was active and always outside, building forts, ramps, or racing the neighbor kids. He was a straight-A student and had a zest for life seen and experienced by all who knew him.

I still remember like it was yesterday the day we got the call from a friend that stated Josiah was on heroin.

He was living in Mesa and attending Mesa Community College in a nice apartment and had a full schedule. He wanted to be a walk-on for its soccer team.

Jason and I went straight to Mesa and found him weighing in at 90 pounds. Drug addiction becomes a family disease. It wrecks so many aspects of the home life. Our little suburbia had been forever changed.

Jason and I have never been one to hide our lives and cover over our struggles, and this was no different. We brought it out into the open and began learning all we could about addiction. We found out real quick that we wanted sobriety more than the addict!

Addiction brings with it pain and torment for all who love the addict. We knew we had to allow him to hit rock bottom for him to begin to fight for his sobriety. He lived under our house in a one-man tent through Thanksgiving and Christmas 2015. It was the hardest Christmas I had endured, however, the nightmare had just begun.

On Dec. 31, 2015, Josiah was with ‘friends’ partying the night away. At 2 a.m. on Jan. 1, 2016, I got a call from the Mt. Graham Regional Medical Center. The man’s voice was calm but his words launched me upright out of bed. He said that Josiah had overdosed and was left for dead in the front of the hospital. He said they were working on him, but it didn’t look good. The doctor met with me and told me that ‘if’ Josiah lived he would be a paraplegic and have little to no quality of life. Josiah was in the intensive care unit for a couple of days but made a full recovery.

He seemed to have a new lease on life. He was ready for sobriety.

Jason and I began talking to everyone we knew about getting a rehab here in Safford. Sadly, there is a stigma toward a rehab ‘being in my neighborhood.’ We were met with opposition at every turn.

We soon realized that living in the Gila Valley, people sometimes appear to be perfect and sweep the problem under the rug.

Josiah began going out again, got drunk and took the offer to smoke a pill. That decision took him back down the same road again.

Next came court-ordered rehab. The Salvation Army took Josiah and for the next six months, he was safe. We traveled and went to church with him every Sunday. He was the youngest one of all 90 men in the Sally. While in rehab, the daily schedule consisted of two meetings per day and a full-time job. They didn’t have downtime. Josiah did well under the structure of the rehab. He lost many friends while there. A lot choose to skip out and run back to drugs. Jason and I got close with a  lot of those men and heard many stories. The men came from all walks of life, but all had one thing in common – they had succumbed to the lures of drugs and she got her teeth in them and they were all fighting to be free of her.

Josiah’s six-month graduation came and he was free. He had probation to pay off and jumped right back into work with his dad. He had no more classes/meetings, no more accountability, no one to call if he felt weak, no one who openly walked in the shoes he walked in.”

Part two will be published Tuesday.