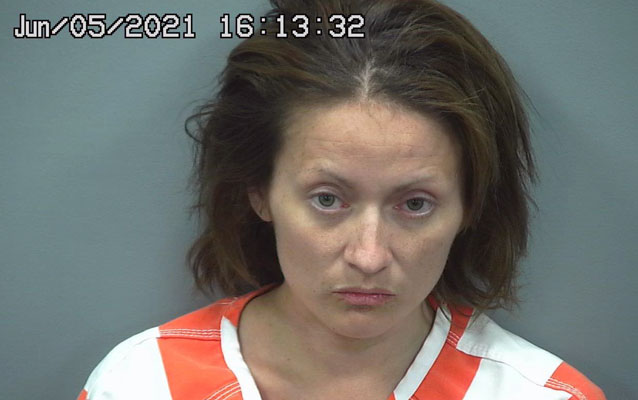 Contributed Photo/Courtesy GCSO: Linda Bustamante, 36, was sentenced to four years of supervised probation after pleading guilty to attempted arson of a structure.

SAFFORD – A woman who intentionally set fires around a victim’s home during a drug-fueled delusion, burning brush and melting parts of a chicken coop as well as other damage, will be given opportunities to break her addiction.

Lisa Marie Bustamante, 36, of Safford, was sentenced to four years on supervised probation with the stipulation she attends and completes any drug counseling determined by Graham County Probation. Bustamante will also be given the chance to join the Drug Court. Bustamante previously pleaded guilty to an amended charge of attempted arson of a structure – a Class-5 felony.

Bustamante was caught on surveillance footage from a Ring doorbell camera in June lighting brush and multiple other objects on fire around the home multiple times between the hours of 1:20 a.m. and 4:40 a.m. The investigating officer reported that each instance had the potential of catching the homeowner’s residence on fire while the occupants slept inside.

In addition to the surveillance footage positively identifying Bustamante, several items of clothing and a pair of shoes were also located at the scene that the officer had noticed Bustamante wearing previously.

Graham County Attorney L. Scott Bennett advised that the defendant’s main issue was drugs and not a mental health issue.

“This defendant, I think, is clearly in need of some therapeutic assistance for drug addiction,” Bennett said. “This crime doesn’t make a lick of sense other than the fact that somebody was really messed up on drugs and did something that really hurt another individual emotionally.”

“I don’t think there’s mental health issues here, your honor,” McCarthy said. “I think this is the drug addiction. She’s a remarkable woman. She’s achieved great things in her life. She started taking drugs and it all came crashing down. Give her a second chance and place her on probation. I don’t know what more jail time is going to do for somebody like this. We gotta get her into an IOP (intensive outpatient program) and treatment.”

Graham County Superior Court Judge Pro Tem Travis Ragland agreed and capped the restitution at $470. After being told Bustamante had already served 75 days in jail, Ragland also declined to sentence her to any more time of incarceration and instead opted to get Bustamante into a treatment program.

“Everyone comes in here and they just want that chance to make things right,” Judge Ragland said. “This is that chance. Make the most of it. Make good decisions. Don’t come back here. Every time you come back here the consequences are going to get worse.”

Bustamante was previously given a probation term out of the Tucson Municipal Court on a guilty drug paraphernalia charge in May and is wanted in Pima County to complete treatment orders.