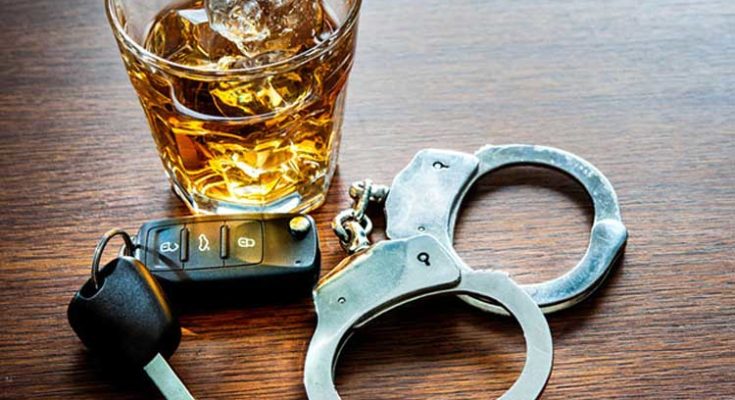 A Safford officer discovered an allegedly impaired driver after noticing she was driving without any lights.

SAFFORD – A woman accused of driving while drunk and high was pulled over late in the evening of Friday, July 13, after an officer noticed she was driving without her lights activated.

Alisha Pauline Wilson, 30, was arrested for possession of marijuana, possession of drug paraphernalia, and DUI, according to a Safford Police report. She was identified by a temporary Arizona driver’s license.

Wilson was eastbound on 8th Street at about 11:46 p.m. when the officer noticed her vehicle’s lights were not activated. After initiating a traffic stop, the officer noted he could smell alcohol and marijuana coming from the car.

Wilson advised she didn’t have a medical marijuana card, and after initially denying having any cannabis said there was “a little bit” in the car. Upon inspection, the officer located a glass pipe with burned marijuana in its bowl, a small bag of weed and two partial “blunts”, which are made by filling cigar casings with cannabis. The cannabis and pipe were seized by the officer and placed into evidence later.

Wilson allegedly advised she had smoked some weed earlier that night and that she had two beers and a mixed drink. After failing field sobriety tests, the officer administered a portable breath test and Wilson’s breath/alcohol concentration measured .136, according to the report.

Wilson was transported to the Safford Police Department, where her blood was taken at about 12:08 a.m. for testing purposes. The officer allowed a friend of Wilson’s to retrieve her car, and Wilson was released to a sober driver with the caveat they not allow her to drive.

Charges against Wilson are pending review from the Graham County Attorney’s Office and lab test results from the Arizona Department of Public Safety’s Crime Lab in Tucson.