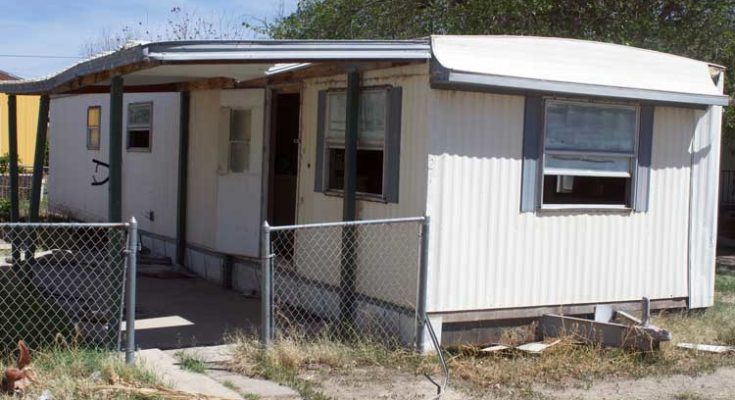 THATCHER – The renters are gone, the power is out; but with numerous abandoned trailers still on the property, the issue regarding the possibility of an uptick in crime at the Red Lamp Mobile Park will be combated by increased police patrols.

That was the statement from Thatcher Town Engineer/Interim Town Manager Heath Brown at the Thatcher Town Council’s meeting, Monday, July 16. Brown told the council that all the renters had moved out and the power to the rental units has been turned off. With only five trailers being lived in by the owners of those trailers, Town Attorney Matt Clifford raised the issue of policing the empty units and that they could possibly be a beacon for crime and/or drug use.

Town leadership had been mulling purchasing the 4.5-acre property for about a year, according to Thatcher Mayor Bob Rivera. At first, the out-of-state owners wanted an “astronomical” amount but after they lowered their asking price, the town purchased the property for $1.2 million, with the sale closing July 2, to avoid any chance of Thatcher going over its expenditure limitation for the fiscal year. The Gila Herald broke the news of the intended purchase in April.

Rivera said the park is an eyesore along the commercial highway corridor in Thatcher, and the town will be much better off after it has been wiped clean.

“We want to clean it all up,” Rivera said. “There have been some trailers there that have been vacant for a number of years.”

On May 31, three trailers burned down at the park. One of the residences was the home of the park’s maintenance man, who has since moved into the manager’s residence, according to Brown. He said the town will allow the maintenance man live there for one additional month so he can have some time to locate a new residence, but he is no longer employed by the town since there is no need for the position.

The three residences that burned in the fire have been cleared out by a scrapper, and Brown advised that the town would go out to bid to recyclers to remove the rest of the trailers. Until that is done, however, police will be patrolling the area more to ensure squatters and others do not utilize the abandoned trailers. The five remaining owners of trailers have until November to move, but most will likely abandon their trailers as well and move out before then, according to Brown.

Thatcher had intended on auctioning off the trailers left at the park beginning with $1, but due to Graham County rules, any pre-1976 trailer leaving the park would have to be up to code. With most of the trailers nowhere near that stipulation, it would cost up to $20,000 per trailer for an owner to legally move it from the park, according to Brown.

Instead, the town is looking to local metal scrappers to break down the trailers and haul the recyclable materials and debris away. Brown said the town currently has an offer from one such business to do the job for about $400 per trailer. There are roughly 30 trailers in the park, and one of the few owners advised she was not going to take her trailer when she leaves the park either due to the expense.

“I know we really wanted to give them away, but it’s just one problem after another we’re running into,” Brown said. “They’re not in good shape.”