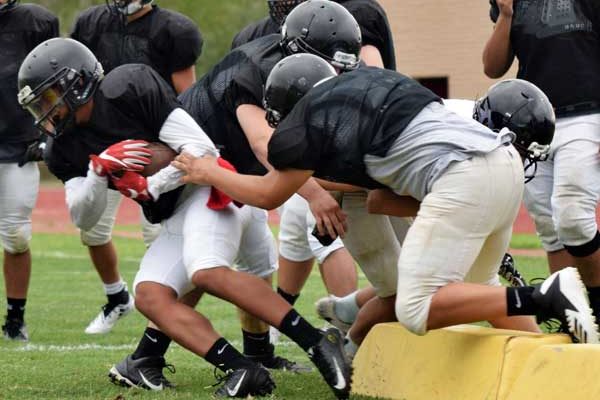 Photo By Raymundo Frasquillo: Team members pair off in a tackling drill, two on offense and two on defense in a confined space. Morenci has a scrimmage this Friday with Douglas.

MORENCI – Morenci completed its second week of practice sessions Aug. 3 and will end its third with a home scrimmage against the Douglas Bulldogs on Aug. 10.

However, the upcoming meeting is a scrimmage, not a game. It is a chance for both programs to check progress and make corrections before the season opener the following week.

A total of 41 student-athletes suited up to end week two of practice sessions Aug. 3, with 15 seniors, 12 juniors, eight sophomores, and six freshmen.