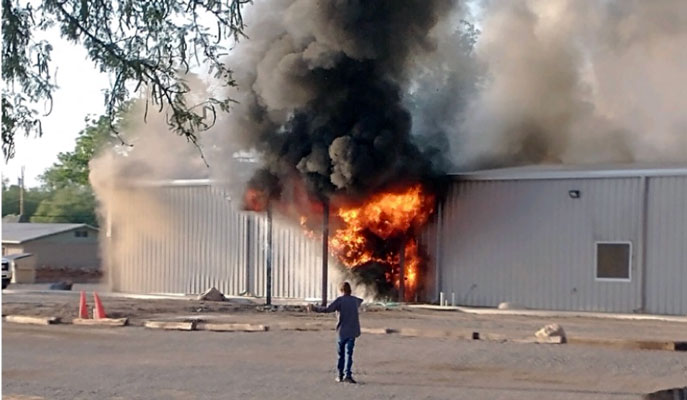 SAFFORD – The new multipurpose building at the River Community Church at 1726 S. 1st Ave. in Safford caught fire early Wednesday morning and has been deemed a total loss.

According to Safford Fire Chief Clark Bingham, contractors working on the church’s addition accidentally caught the spray foam insulation on fire while soldering pipes with a torch.

“It got into the insulation and just burned extremely fast,” Bingham said.

Safford Fire was dispatched at about 6:30 a.m. to the church after smoke was seen coming out of the building. Upon arrival, firefighters were informed a construction worker was missing, so firefighters combed the building for the worker. However, the worker was on a different errand and was not on the property. Bingham reported there were no injuries to any civilians or firefighters.

Due to the heavy smoke damage, Bingham believes it to be a total loss.

“I’m estimating the whole building has to come down due to the heavy smoke damage throughout and the spray foam insulation damage,” Bingham said. “They’ll probably have to tear everything out.”