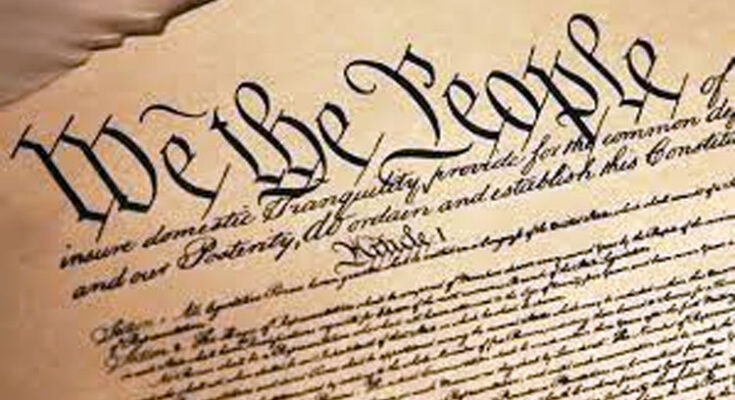 “The right of the people to be secure in their persons, houses, papers, and effects, against unreasonable searches and seizures, shall not be violated, and no warrants shall issue, but upon probable cause, supported by oath or affirmation, and particularly describing the place to be searched, and the persons or things to be seized.”

When dozens of armed agents of the Federal Bureau of Investigation raided former president Donald Trump’s Florida home on Aug. 8, 2022, it is assumed they were in possession of a valid search warrant, signed by a current federal judge, agreeing there was sufficient “probable cause” evidence in the warrant application to conduct a search.

Search warrants are a fairly routine event in a criminal investigation.  However, before a warrant is approved, its original application/affidavit establishing the perimeters of the warrant must itemize the papers, articles, and objects the warrant is seeking and in the area, they are believed to be located.

The serving of a lawfully issued warrant upon a suspected person would be the normal way of doing things.  The presence of 30-40 FBI officers seems a little over the top, considering Trump wasn’t a fugitive, or believed to be armed and dangerous, or involved in criminal activities.

He does, however, have assigned Secret Service officers who carry firearms.

Plus, the FBI knew he was a thousand miles away in New York.  So, why the need for an overabundance of agents and guns?  This wasn’t Iwo Jima.  It was a man’s home, located in a golf resort in sunny southern Florida.

The dispute is over paper records the National Archive claims haven’t been returned.  Not bundles of drugs, counterfeit money, or weapons of mass destruction.

Ordinary documents of various descriptions.  For this, hordes of armed FBI agents swarmed his home, rummaging through personal belongings.

I can only imagine the terror his staff and employees must have felt when a platoon of federal officers rolled onto the property.

While a judge issues a warrant, I suppose the director of the DOJ, or FBI, or a district supervisor decides how many agents are needed to serve the warrant.  As every situation is different, I can understand the need to evaluate and adjust in order to safely and properly perform the task.

Although not required, there is no denying issuing a search warrant upon a former president of the United States would probably require an extraordinary amount of respect, finesse, and proper procedure, regardless of personal or political opinions.

Since it’s never been done before, President Biden was probably also involved in the process.

The 4th Amendment specifically states where the search is to be conducted and the items to be seized.

In other words, a lawful warrant can’t be general in nature or used to “go fishing” for unspecified things.  If, in Trump’s case, certain documents were listed as a basis for the warrants, then that’s what the search must be looking for.

If something else is discovered a police agency believes might be relevant, it cannot become part of or added to the original warrant, regardless of how important it may appear.

A search warrant doesn’t establish guilt or innocence.  It can only provide items and information believed pertinent to a possible court case.

Supposedly, previous attempts were made by the government to secure the documents and records in question.  Reportedly, they were not successful.  Hence, the issuance of the search warrant.

Trump’s representatives refute this claim, pointing out that about fifteen boxes of material were returned to Washington in June, and additional discussions to provide more were ongoing.

So, who’s telling the truth?  To a large extent, depends upon which side is talking at the time and if they present a convincing story.

Like many twists and turns in Mr. Trump’s political saga, this latest episode could be drawn out for months or years.  The back-and-forth legal skirmishes — which are sure to follow — will be lengthy and expensive.  To date, he has been the most litigated president in our nation’s history.

Unfortunately, it doesn’t look like this trend will be changing anytime soon.