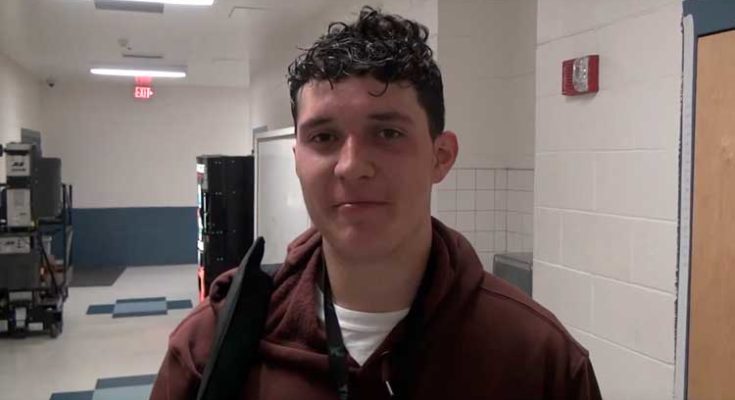 THATCHER – Hard work, persistence and striving to meet his goals have paid off for Thatcher’s Cole Motes, who announced his commitment to play football for Utah State via Twitter on Monday.

The full Tweet reads, “First, I would like to thank my parents, family, and friends for all they have done for me along this amazing journey. Without them, none of this would ever be possible. Second, I’d like to thank all my high school coaches, along with coach Yost and coach Wells for finding and believing in me. Most importantly, I’m thankful for the opportunity to still go and serve my two-year LDS mission! With that being said, after much thought and prayer, I have decided 110 percent to commit to Utah State University.” 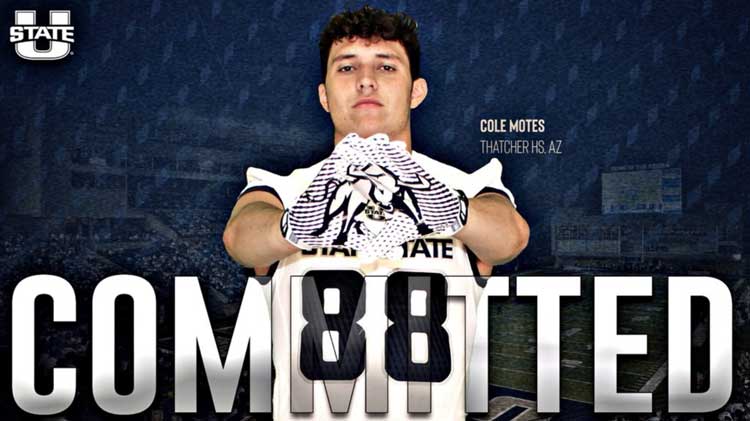 The Utah State Aggies compete in the Mountain West Conference (MWC) of the Football Bowl Subdivision (FBS) in NCAA Division I. According to his Tweet, the school will allow Motes to take a two-year sabbatical to complete a mission with The Church of Jesus Christ of Latter-day Saints. USU reportedly will hold Motes’ scholarship as he will go on his mission after graduating high school.

Motes plays tight end on offense and defensive end on defense for Thatcher. On offense, he was utilized more as a blocking tight end with Thatcher’s run-heavy scheme. Coming into his senior season, he already has two state championships under his belt.

The 6’6, 235-pound Motes is a three-sport athlete who also was a main contributor on last year’s basketball team and ran track as well.

Motes previously Tweeted on June 15 that he had received his first Division I offer from Utah State after attending its camp.

Thatcher and Motes will begin their quest for the elusive three-peat Aug. 17 when they host Morenci to open the 2018 season.