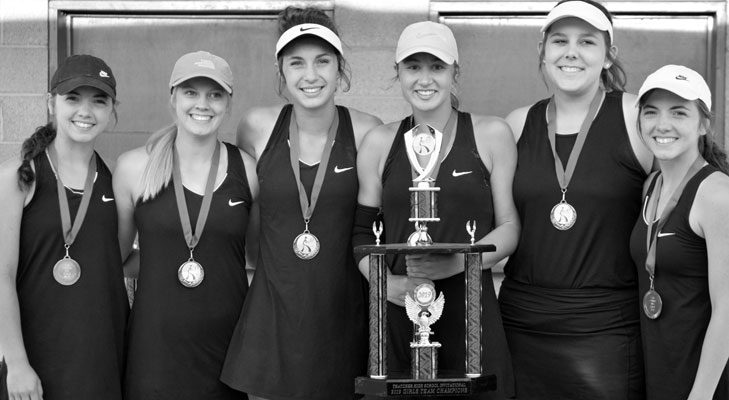 THATCHER – The Thatcher girls tennis team may not be the team to beat for the 2019 title, but the Leah Meehl-coached Eagles have the top-ranked girls’ team in the state’s 47 Division III tennis teams.

“We won’t know who the one to beat is until the state tournament,” Meehl said.

Thatcher went 5-0 in its own meet, posting 4-0 wins over Douglas, Miami, and Morenci in pool pairings, 3-1 over Thatcher J.V. during the semifinals and 4-0 over New Mexico Silver during the championship on the second day. Silver defeated Miami 3-1 during the other semifinal.

The top two teams in each pool were cross paired with each other as were the third and fourth place teams on the second day, assuring each team five matches during the meet.