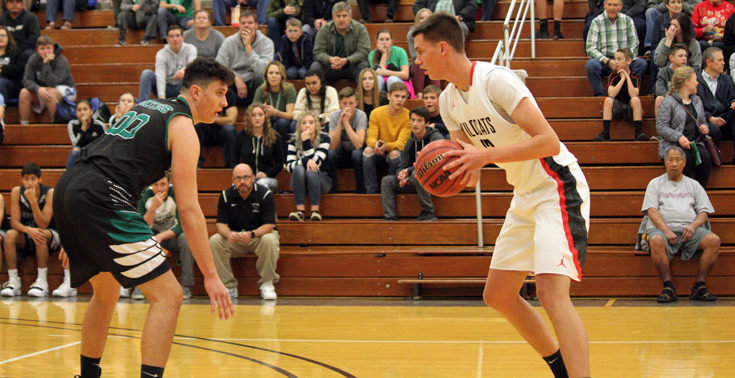 THATCHER – Bolstered by an 8-0 run by Cole Motes to start the fourth period, No. 3-seed Thatcher upset No. 2-seed Morenci in the first semifinal game of the 56th annual Eastern Arizona College Boys Holiday Tournament on Tuesday night, 64-50.

After Motes’ run, the rest of the team followed his lead and Thatcher exploded for 25 points in the final quarter to move onto the championship game Wednesday night against No. 4-seed Pima.

Thatcher head coach Chris Riehemann praised Motes’ performance after the game. Motes soared offensively with 10 of his game-high 21 points in the fourth period, but he also played tough defense against Morenci big man John Olmstead, who finished with 20 points of his own. “He’s still banged up from a month ago but we’ve played about 10 games or so and you don’t get a lot of time to recuperate,” Riehemann said. “He was a warrior for us tonight. He was going against a tough draw in Olmstead at 6’ 10” and he’s very skilled. I thought Cole did a great job and I thought Spencer (Stevens) did a really nice job, too, on the rotation.”

“It was close,” Olmstead said. “They ended up pulling it out in the fourth quarter. We came out a little flat in the beginning of the fourth. We’re looking at getting a win tomorrow for the third place and then Friday at Tombstone and just keep piling up the wins.”

Morenci opened up a 6-1 lead on 3-pointers by Olmstead and Shawn-Michael Chavez, and, after Thatcher tied it up at 6 apiece, Olmstead hit another bomb from deep along with Jordan Leonard to double up Thatcher at 12-6.

Thatcher’s Matthew Palmer answered with a  3-pointer of his own and the teams ended up headed to the second period with Morenci up 16-14.

Points got harder to come by in the second period as the defenses clamped down, but Olmstead broke a 16-16 tie with another shot from behind the arc. Yes, that’s right, the tallest guy on the court was making it rain from deep and was 3-3 from 3-point land in the first half. He was also a perfect 3-3 from the free-throw line for the game.

Every time Morenci would start to build a lead Thatcher would come clawing back with a nice jumper by Motes or a fast-break bucket by Trace Goodman or Spencer Stevens.

As time dwindled down in the period, however, Chavez and Leonard both hit 3’s to put Morenci up 29-24 with two minutes left in the half. The defenses then picked up again and Olmstead had a big block as nobody scored again in the half and the teams went to regroup in their locker rooms.

Thatcher likes to run, and, in the third period, it was fast-break opportunities that put them right in the thick of things. First Matthew Palmer hit on a fast break to bring the Eagles within one point, 29-28, then transfer Kason Crosby hit a layup followed later by a 3-pointer to tie the game up at 37-37.

Morenci kept up its game plan of feeding Olmstead down low for some tough shots and Leonard was his usual self with flashes into the lane. Leonard finished with 16 points on the night with six field goals (two 3-pointers) and was 2-2 from the free-throw line. Morenci shot well from the charity stripe if not often, going 5-6 for the night.

After Motes’ explosion in the fourth period, Morenci went back to Olmstead to bring them back, and he promptly hit on an and-1 situation.

Then Rulon White caught fire for Thatcher and scored 6 of the team’s next 8 points to give the Eagles a 10-point lead, 56-46. White finished with 12 points on the night.

“They (Morenci) have some really great players,” White said. “They give 100 percent effort every time and they’ve got some great ball handlers and lots of shooters. But, coming into the fourth quarter, coach was talking about in the first three minutes we need to take a 10-point lead.”

“It was a good win for our guys,” Riehemann said. “I thought it was a bold step of poise and composure. At times this year, we haven’t been very good in those types of situations and tonight was a step in the right direction.”

Thatcher hit its free throws down the stretch, going 5-5 in the period (7-8 for the game) to seal the victory. Crosby punctuated the win with a breakaway layup for the game’s final points as Thatcher avenged its earlier home loss to Morenci and beat the Wildcats 64-50.

Thatcher will next play the No. 4-seed Pima Roughriders for the EAC Boys Holiday Tournament Championship on Wednesday night, starting at 8 p.m.

Pima took it to Safford on Tuesday night and dispatched the Bulldogs, 53-45. 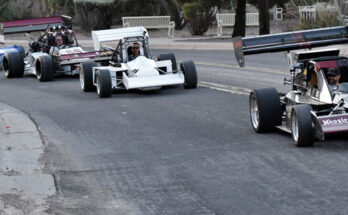