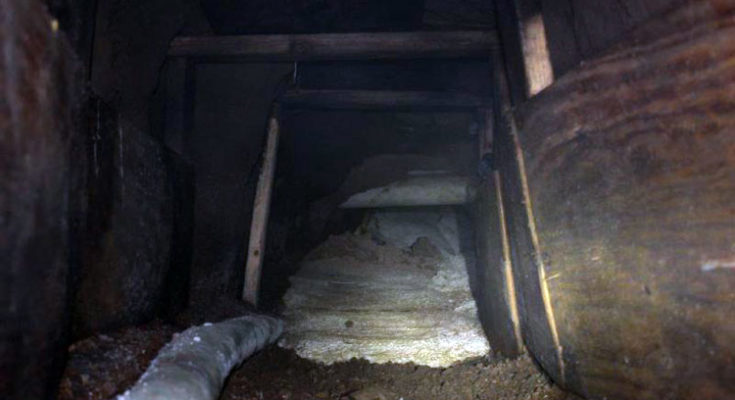 The entry point was found submerged underwater along the international waterway channel constructed below both cities of Nogales. The tunnel was adjacent to the Port of Nogales, DeConcini Crossing and came to an abrupt stop underneath a parking lot in Nogales, Arizona.

At approximately 50 feet in length, the tunnel extended 44 feet into the United States, and was two feet wide by two feet tall.

Within the tunnel, agents discovered structural shoring and digging tools, which indicate excavation was still in progress and incomplete.

Agents will continue to monitor and inspect the incomplete tunnel until it is properly secured and remediated with concrete filler.

The Tucson Sector Border Patrol continues to work closely with strategic partners in Mexico to detect tunnels under construction to prevent the movement of illegal contraband or persons across the border.