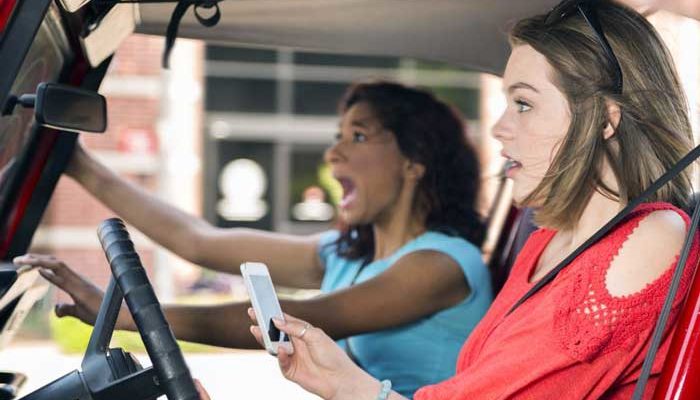 PHOENIX – Starting Sunday, the newest teen drivers on Arizona’s roads will be banned from using their cell phones or any other handheld electronic device while driving.

Governor Doug Ducey signed SB 1080 into law in April 2017, but the law does not go into effect until July 1.

The bill states Arizona juvenile teen drivers who have a learner’s permit or are in the first six months of having their driver’s license will be prohibited from using any wireless communication device while operating a vehicle. The only exception being the use of a cell phone in an emergency situation.

Ducey released this statement when he signed the bill in April.

“Distracted driving is a growing problem in Arizona and nationally. I generally believe that public awareness and education campaigns are a more effective remedy to prevent accidents and save lives than blanket laws that let politicians feel like they’ve checked the box and then move on to the next issue. For that reason, I am skeptical of large-scale bans on texting while driving – I just don’t think they work.

But this bill is different. The state already regulates a number of things when it comes to early driving by teens. And for good reason. For our youth, these laws can act as a teacher. In fact, I’d be in favor of a law that goes further, banning texting while driving for all minors.  Driving is a privilege for our youth, and they are still the responsibility of their parents, financially and otherwise, before the age of 18.

If we can use the early years of their driving experience as an opportunity to guide them toward safe and responsible habits, that’s a good thing.”

Some municipalities, such as Clifton, already have ordinances on the books banning the use of hand-held mobile devices and portable electronic devices while driving. Clifton adopted its ordinance 02-2017 in April 2017 and based it on a similar law from Oro Valley, a municipality north of Tucson.

The Clifton ordinance is in effect for all drivers regardless of age and essentially made it illegal for any driver to hold a cell phone to operate it while driving. Drivers still can use cell phones in hands-free modes, such as Bluetooth.

Unlike the statewide teen law, Clifton’s police officers can pull over a driver if they are seen using their phones. The first violation calls for a $50 fine, followed by a $100 fine for the second and $200 for a third. If a collision is caused by handheld use, the user can incur a penalty of $250.

The city of Safford has recently begun to discuss possibly passing its own cell phone use ban while driving.

Currently, 16 states and Washington D.C. have laws that prohibit all drivers from using hand-held cell phones while driving. The laws in those states are all primary enforcement laws.