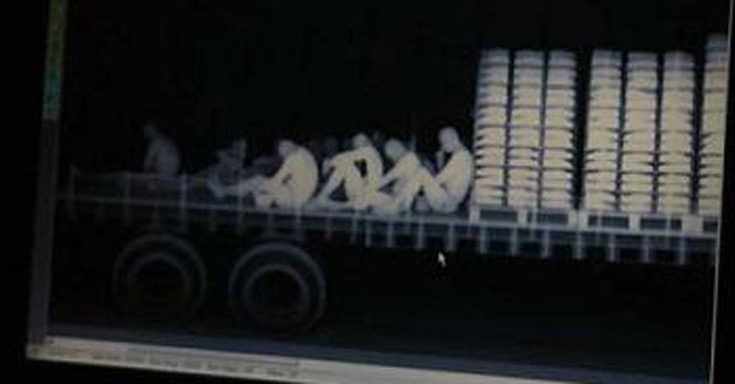 Contributed Photo: Illegals aliens ages 15 to 40 were removed from a refrigerated trailer Monday.

Agents referred the 47-year-old male driver of a semi-truck for secondary inspection after a canine alerted to an odor it is trained to detect. A subsequent search inside the 36-degree Fahrenheit refrigerated trailer resulted in the discovery of two Guatemalan nationals and 16 Mexican nationals, ages 15 through 40.

Agents seized the semi-truck and arrested all subjects. The illegal aliens were processed for immigration violations, while the Mexican national driver faces federal smuggling charges.

In an effort to prevent fatalities at the hands of smugglers, Department of Homeland Security has recently launched “Operation Safeguard” to educate the public and the trucking industry on the life-threatening dangers involved in using commercial conveyances to smuggle humans.