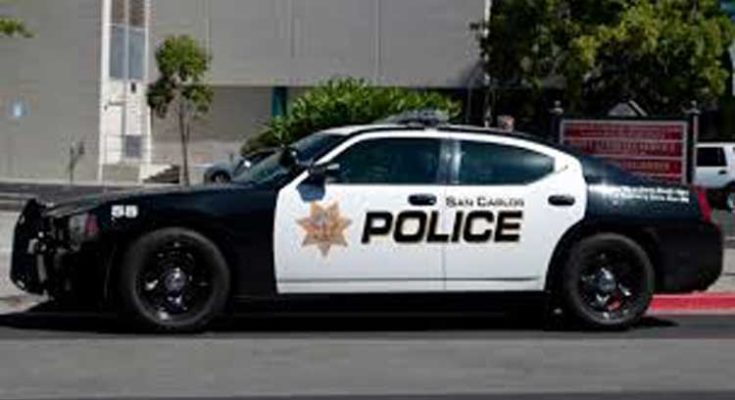 Two suspects in a home invasion stabbing in San Carlos were taken into custody in Pima early Tuesday morning. Police officers later found the last two after a daylong search.

All four suspects in police custody

PIMA – Residents in Pima were encouraged to keep their doors locked and remain alert early Tuesday morning as suspects from an alleged home invasion stabbing in San Carlos bailed out of a stolen car and fled into the desert on the west side of town. San Carlos Police Chief Alejandro Benally confirmed the incident occurred to the Gila Herald and said the stolen vehicle was recovered in or near Pima. As of 5 p.m., all four suspects were in police custody.

According to Graham County Dispatch notes, the four subjects – one adult male and three juvenile males – were involved in a home invasion in which a female was stabbed. They then stole a silver or grey Nissan Versa and were chased eastbound on U.S. Highway 70 at speeds reaching 100 mph.

The Nissan turned on a dirt road near the Glenbar Gin and eventually wrecked into a canal at about 12:40 a.m. The four suspects then fled, with two of them heading westbound toward a farm field and two going another way.

Local law enforcement, including the Pima Police Department, Graham County Sheriff’s Office and Arizona Department of Public Safety, assisted the San Carlos Police Department in forming a perimeter around the Riverback subdivision. Two male suspects were then apprehended near Matthew’s Pond at about 3 a.m. One of the suspects detained was listed as a 15-year-old juvenile and the other did not have his date of birth given.

A local resident who lives on the west side of Pima told the Gila Herald that the suspects likely ran by their house in the middle of the night as her dogs suddenly began barking enthusiastically. The two suspects were found just east of the residence between their house and another house that borders Matthew’s Pond.

A DPS Ranger helicopter scoured the area for the two missing suspects but did not locate them.

As of 8:30 a.m., a K-9 unit with the Arizona Department of Corrections was still looking for the suspects in the desert area around Pima and law enforcement encouraged residents to be alert and keep their doors locked. The K-9 unit is being assisted by the Pima Police and deputies with the Sheriff’s Office.

Another resident who lives near the pond advised the Pima Police described the two at-large suspects as being Native American males wearing Converse and Nike Air Jordan shoes. The tracks led away from residential areas into the desert. The tracks were followed to an area near Klondyke Road, where a witness advised two males matching the description of the fugitives were picked up in another vehicle.

The last two suspects were later apprehended in the late afternoon in Bylas, and all four subjects have been taken back to San Carlos, according to SCPD Chief Alejandro Benally.

This article was updated at 5:30 p.m. to reflect all four suspects have been taken into police custody.