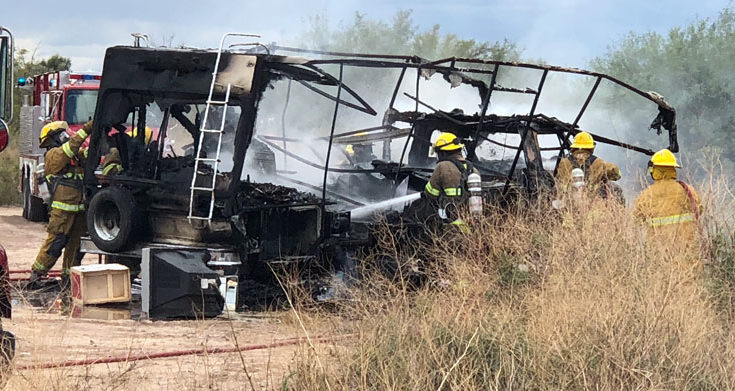 GRAHAM COUNTY – A recreational vehicle burned to the ground east of Safford on Tuesday afternoon, and authorities are deeming the blaze “suspicious.”

Upon arrival, the RV was fully engulfed, but the firefighters’ quick action kept the blaze from spreading to the nearby brush, which could have then spread to other residences and vehicles in the area.

“We were able to contain it to the vehicle,” said Safford Fire Chief Clark Bingham. “(But) the vehicle was a total loss.”

Bingham advised the fire was still under investigation but that it was “suspicious” in nature, meaning it was possibly set on fire on purpose. Bingham said there were no injuries to occupants of the RV, bystanders, or fire department personnel.

The Gila Herald will update this article when more information becomes available.