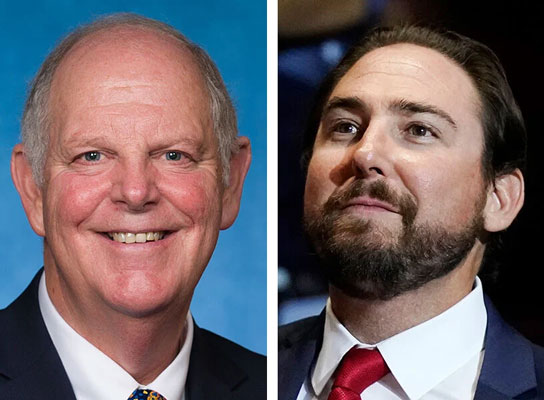 PHOENIX – The Associated Press has called the race for Arizona’s District 2 Representative for Republican Eli Crane.

O’Halleran has been Graham and Greenlee counties’ Representative since elected in 2016 until this election. When the Legislature performed redistricting due to the Census, O’Halleran’s district changed to just include most of northern Arizona (Sedona, Flagstaff, Prescott), but stretches rurally around Phoenix. O’Halleran also previously served in the Arizona State Senate and House of Representatives and was known as a moderate who crossed the aisle.

Crane is a retired Navy SEAL who was endorsed by former President Donald Trump.

Graham and Greenlee counties’ new district is District 6, which includes a part of Tucson as well as Cochise County. In that race, Republican Juan Ciscomani leads Democrat Kirsten Engel by 5,394 votes. That race has yet to be called.