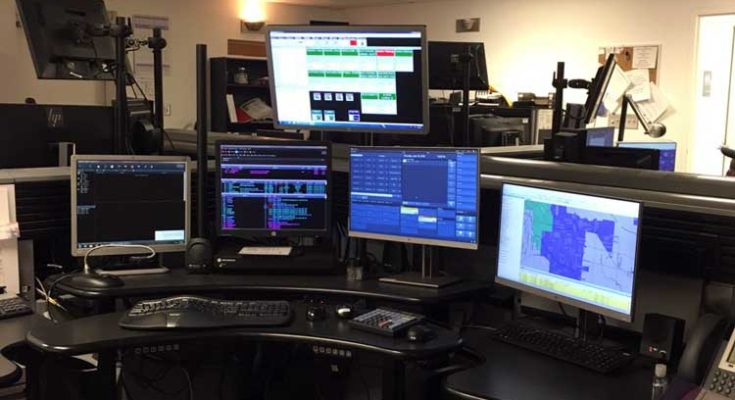 SAFFORD – When moments can be the difference between life and death, accurate dispatching of first responders is critical.

In order to provide the best, centralized radio communication and Wide Area Network, local municipalities have teamed up with Graham County to fund the Graham County Dispatch.

Previously, an intergovernmental agreement has been made between the county and each separate municipality (Pima, Thatcher, and Safford) each year for dispatching services. This year, however, in order to provide more stability, the county has negotiated multi-year contracts with Safford and Pima, while Thatcher’s council will vote on the IGA at its Monday night meeting.

While Safford has the most calls for service, Graham County actually pays slightly more to the County Dispatch.

At Safford’s council meeting Monday, June 11, Safford Police Chief Joe Brugman extolled on the virtues of having a centralized dispatch. He said not only does it keep the costs to the city lower than if it ran its own dispatch, it also helps with having all of the various agencies knowing what is happening in real time, providing essential backup – especially at times where staffing is light for each individual agency.

Councilor Arnold Lopez questioned whether it would be fiducially responsible for Safford to outsource its own dispatch instead of contracting with the county.

“It’s the only game in town,” Lopez said.

Brugman said while there are some positives about running your own dispatch, there are many more positives with a centralized dispatch.

While it may seem the county would have the upper hand in negotiations, it also wants to have Safford on board to help pay for the system. Additionally, the new Graham County Manager Dustin Welker previously worked with Safford City Manager Horatio Skeete as Safford’s Planning & Community Development Director. So far, both Skeete and Pima Town Manager Sean Lewis have expressed their appreciation on how Welker has worked with the municipalities on the IGA’s for not only dispatch but also animal control and more.

Safford Mayor Jason Kouts agreed and said while he would prefer years three and four to be ironclad, he still likes the end result.

“I still feel like we’re getting a decent bang for our buck with this versus Safford ever having (its) own dispatch,” Kouts said.

According to Brugman, Safford had 3,200 calls for service for the year versus just 2,900 for both Thatcher and Graham County combined.