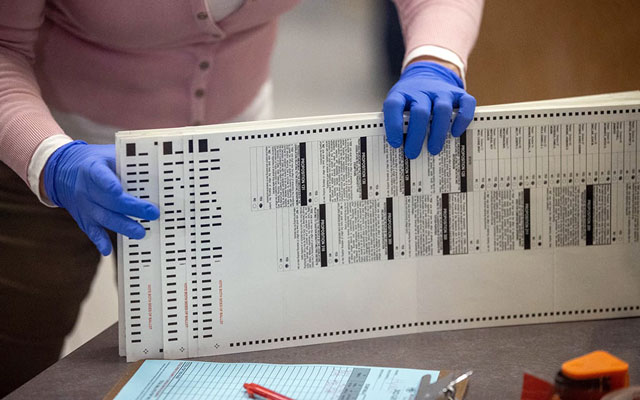 PHOENIX – Officials in Maricopa and Mohave counties on Monday certified their results for the Nov. 8 election, but Cochise County officials refused to certify its results by the legal deadline, voting to delay until Friday. Graham County previously unanimously certified its results on Monday, Nov. 21.

The Maricopa County Board of Supervisors certified the results 5-0 after a sometimes contentious public hearing that lasted more than four hours.

“We’re being very deliberate and methodical before certification,” board chairman Bill Gates assured those in attendance. “That incorporates comments from the public, as well as a deep dive into the facts and data from the county’s election professionals.”

By law, canvasses are required to be completed by all Arizona counties no more than 20 days after the election – this year by Nov. 28.

Maricopa, Mohave, and Cochise were the only of Arizona’s 15 counties with outstanding certification as of Monday morning. Cochise officials voted Monday 2-1 to postpone the certification, citing supposed irregularities.

“This meeting agenda should have provided for interaction between subject matter experts on voting machines and representatives of the Secretary of State’s Office,” Crosby said at the hearing.

“The Secretary of State’s Office provided supporting documentation that confirmed Cochise County’s election equipment was properly certified,” according to Sophia Solis, deputy of communication for the office. “The Board of Supervisors had all of the information they needed to certify this election and failed to uphold their responsibility for Cochise voters.”

Secretary of State Katie Hobbs announced Monday night her office had filed suit against Cochise County. “Cochise County had a statutory duty to certify the results of the 2022 General Election by today. My office has filed a lawsuit to ensure all voters have their votes counted,” Hobbs tweeted.

Prominent Arizona Republicans, including gubernatorial candidate Kari Lake and attorney general candidate Abe Hamadeh, have challenged the validity of Arizona election results both in the 2022 election and the 2020 election of Joe Biden. Hamadeh trails Democratic opponent Kris Mayes by just 510 votes, and the race is headed for an automatic recount. Lake lost the governor race to Democrat Hobbs.

Emotions were high during public comment at the Maricopa County hearing Monday. A number of speakers urged the board not to certify the vote, noting some Maricopa County tabulation machines stopped working on Election Day.

Scott Jarrett, Maricopa County director of elections specializing in Election Day and emergency voting, confirmed that the issue was the result of a printing error. A specific brand of printer used in some polling locations throughout the county did not print dark enough marks to be read by the tabulation machines.

“It was not unique to any one region or any one area,” he said.

If a ballot could not be counted by the tabulation machine, voters were given the option to retry the machine, dispose of the unread ballot and start over, or put their ballot in a sealed slot, known as Box 3, at the polling place to be counted later.

At the hearing, some people voiced concerns over whether those sealed votes were actually counted. Jarrett and Rey Valenzuela, Maricopa County director of elections specializing in mail-in voting and election services, reiterated that all ballots from Box 3 were counted.

Almost 2.6 million people voted in Arizona, according to the Secretary of State’s Office. Over half of those were in Maricopa County, with more than 1.5 million votes. Cochise County tallied just more than 47,000 votes, and Mohave County had almost 83,000.

Ryan Tisminezky contributed to this story.