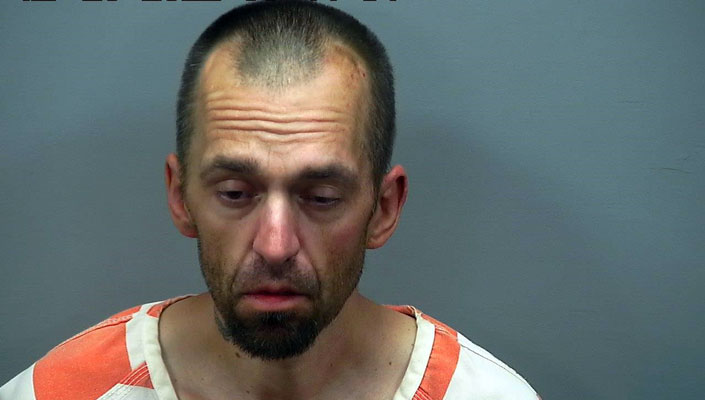 Contributed Photo/Courtesy GCSO: Rickey Shane Wilson, 41, died after being ejected during a single-vehicle rollover on June 15. This photo is from a previous arrest in March.

GRAHAM COUNTY – A fatal SUV rollover on the morning of June 15 was possibly drug-related.

Rickey Shane Wilson, 41, of Safford, died from injuries sustained in the crash. Paramedics attended to Wilson at the scene and he was flown from the crash to St. Joseph’s Hospital in Tucson, where he was pronounced deceased.

Wilson was driving a red, 2000 Fort Explorer SUV in the area of Stockton Road and Jennings Street at about 7:16 a.m. when the rollover occurred. Both Wilson and his passenger, William James Pavlacky, 37, were not wearing seatbelts, and Wilson was ejected from the SUV.

Pavlacky suffered only minor injuries including contusions and abrasions and was released after being checked out by paramedics.

Pavlacky said they were southbound on Stockton Road at about 45 to 50 mph when the SUV began to fishtail. He said Wilson overcorrected and hit a dirt berm, which caused the SUV to roll over four times before coming to a rest.

According to statements Pavlacky allegedly made to an officer, the pair were returning from the Geronimo area where they had pilfered items from an abandoned hemp farm. Several commercial pesticide and fertilizer containers were spewed upon the roadway as well as rolls of wire, plastic tubing, and an electrical pump.

Pavlacky also allegedly said they had used fentanyl while at the farm and were headed back to his residence when the crash occurred. A small chunk of tin foil containing two blue, likely counterfeit Oxycodone pills laced with fentanyl was found on the ground next to the driver’s window. The pills were consistent with what Pavlacky described they had been using prior to the crash.

Based on the facts and evidence at the scene, the investigating officer concluded the cause of the crash was the SUV traveling too fast for the existing roadway conditions.