SAFFORD – A man was revived by medical staff Sept. 12 after friends had dropped him off at the entrance of the Emergency Room of the Mt. Graham Regional Medical Center after he suffered a heroin overdose. After dropping the man off, the friends left the scene in a tan truck.

According to a Safford Police report, an officer was called to the hospital regarding the situation at about 5:27 p.m. Upon arrival, hospital staff informed the officer that they had to administer two doses of Narcan to the subject to bring him out of his overdose.

Recently, the Graham County Substance Abuse Coalition held an event at Thatcher Park in recognition of International Overdose Awareness Day, which was Aug. 31. During the event, Jan Napier – who lost a son to a drug overdose – advised everyone in the community should have the nasal spray version of Narcan on hand for emergencies. She also advised of a Narcan training event that was scheduled to take place at Thatcher Town Hall on Sept. 13.

“The more Narcan that’s out there, the less likely we are to lose somebody,” Napier said. 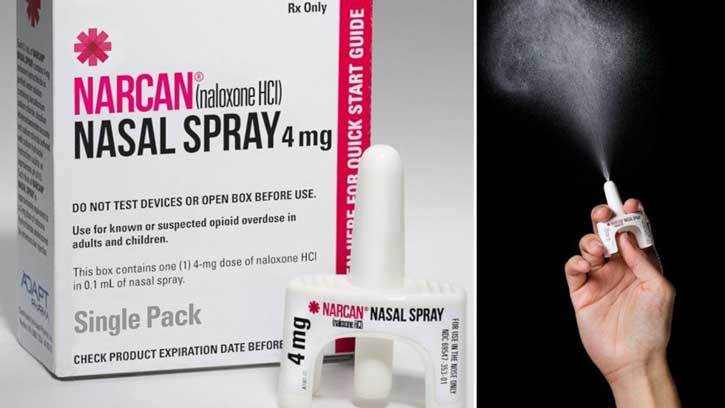 At the hospital, the overdose victim told an officer that he was a recovering heroin addict and that a bad break up with his girlfriend caused him to relapse.

A couple of syringes and a spoon were found in the patient’s pants pocket, but due to Arizona’s Good Samaritan Law which protects victims and others who call for assistance during an overdose, the drug paraphernalia was just taken for destruction and the man was not charged with any crime.

Section B continues, “A person who experiences a drug-related overdose, who is in need of medical assistance and for whom medical assistance is sought pursuant to subsection A of this section may not be charged or prosecuted for the possession or use of a controlled substance or drug paraphernalia if the evidence for the violation was gained as a result of the person’s overdose and need for medical assistance.”