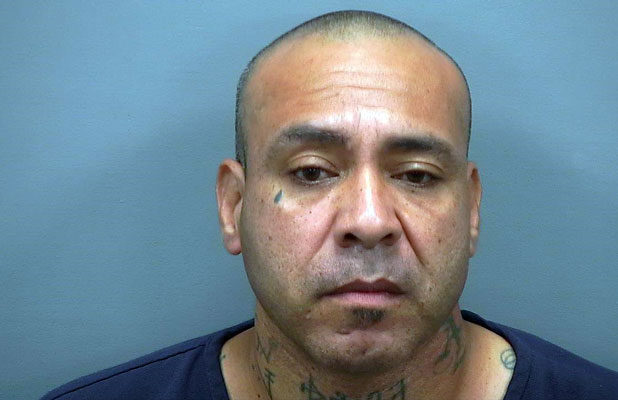 Contributed Photo/Courtesy GCSO: Eric Lopez was already awaiting adjudication for meth for sale and other charges when he was caught with meth again after another traffic stop.

Lopez charged with possession of a dangerous drug and DUI-drug; held on $10,000 cash-only bond

SAFFORD – Eric William Lopez, 45, was already facing an uphill legal battle while fighting meth charges including possession for sale; getting caught with meth again and adding an aggravated DUI charge only exacerbates that fight.

On Monday, June 3, Lopez was pulled over at about 8:30 p.m. while turning into Thunderbird Estates south of Safford.

According to a Safford Police report, a detective who was on patrol on U.S. Highway 191 noticed Lopez’s vehicle had a broken lamp shield on its license plate light.

Upon contact, Lopez admitted to driving on a suspended license and said he only did so because his children had called him. He advised that he usually takes the back roads to Clay Knolls and then gets on a bike in the city limits.

Lopez appeared to be under the influence of meth and failed a subsequent field test conducted by another officer. He allegedly admitted to having meth in his system but said he was “coming down”. A blood draw was then taken for DUI-drug testing purposes.

A broken meth pipe and a marijuana grinder were located in Lopez’s vehicle. After being told he was being placed under arrest, Lopez told the detective that he had about a gram of meth in his pocket and it was seized. However, he declined ownership of the pipe and grinder.

After submitting for a blood draw, Lopez was booked into the Graham County Adult Detention Facility on charges of possession of a dangerous drug, possession of drug paraphernalia, aggravated DUI, and driving on a suspended license. He appeared in front of Justice of the Peace District 1 Judge Gary W. Griffith, who set the matter for a preliminary hearing and set Lopez’s new bond at $10,000, cash only.