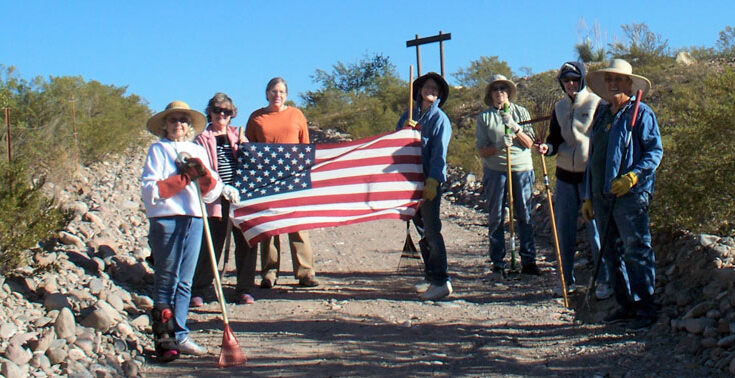 BRYCE – Every year, the DAR celebrates the National DAR Day of Service on Oct. 11 to honor the anniversary of DAR’s founding in 1890. Local Chapters and individuals are encouraged to engage in meaningful service projects in their communities each year during October.

Chapters have the option of completing their project on the “official” day or anytime during October, whichever is best for them. Chapters may select a project of their choice (as a chapter) or select various projects (as individuals) that emulate their commitment to service.  This National DAR Day of Service gives participants the opportunity to honor and celebrate our American heritage.

This year, the local DAR Gila Valley Chapter held a day of community service on Friday, Oct. 30, at the Bryce Cemetery in Graham County.  This is a small community cemetery located in the rural, unincorporated area of Bryce in the Gila Valley.  Ebenezer Bryce, one of the founders of this community and the discoverer of Bryce Canyon is buried there.

The eight DAR sisters and one HODAR (Husband of DAR) involved in this project were Helen Masten, Regent; Talana Hooper, Recording Secretary; Vicki Foote, Corresponding Secretary; Paula Price, Treasurer; Bonnie Briscoe, Registrar; Ruby Cochran, Historian, Ruth Hernandez, Clara Page, and Jon Foote. The group worked at the cemetery from 8 – 11 a.m., weeding, raking, and giving the graveyard a good cleaning.  They bagged up the trash and the HODAR hauled it away.  With one of the graves having caved in, Vicki and Jon Foote, along with Ruth Hernandez, filled in the gravesite and leveled it. As a group, they worked a total of 27 hours.

The chapter’s goal was to make the cemetery look nice and be ready to receive the flags the American Legion place on the veteran’s graves on Veteran’s Day. 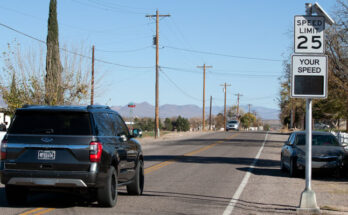 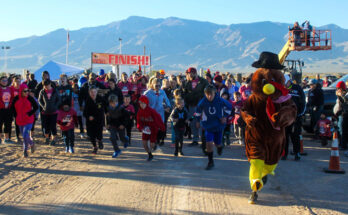 How can small businesses in Arizona thrive during the pandemic?