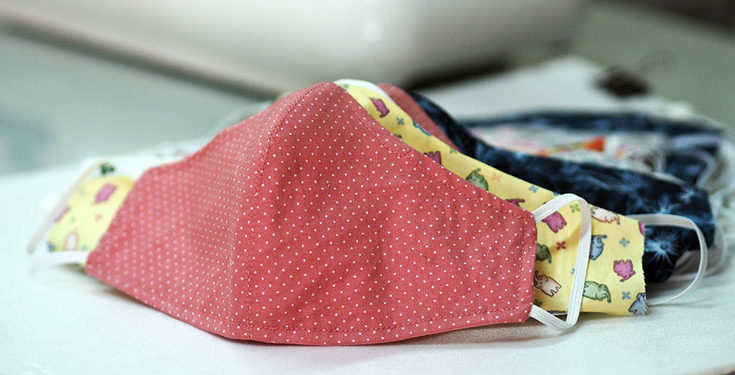 Greenlee County is asking residents to wear face coverings in public but has not mandated it . . . yet

Will meet again June 30 to revisit the subject

DUNCAN – The number of novel coronavirus COVId-19 cases in Arizona is skyrocketing. The number of cases in Greenlee County so far is minuscule compared to urban areas such as Maricopa County. But the Greenlee County Board of Supervisors members have voiced much concern and has at least taken a first step that may lead to the mandatory wearing of face masks in public places.

Following some impassioned input from the public as well as a presentation from the Greenlee County Health Department, the supervisors voted 2-1 at its June 25 meeting to accept a proclamation that stopped short of mandating face coverings in Greenlee.

Some who listened or watched the meeting via Zoom on their computers said afterward they think the proclamation is “too soft.”

If the county does opt to mandate wearing face masks it will join the town of Clifton in putting forth such a proclamation. The town council, led by Mayor Luis Montoya, issued the proclamation Tuesday, June 23.

At the June 25 meeting, Supervisor Chairman Richard Lunt, of Duncan, spoke about the efforts he and his family have taken by social distancing and wearing masks in public. Despite concern about the rising numbers, he said he feels Greenlee inhabitants will ‘do the right thing’ and continue to keep the county at the bottom of the state in the rate of transmission, hospitalizations, and deaths.

Supervisor David Gomez, of Clifton, refused to second the motion to approve the proclamation. He said he was troubled by the lack of people wearing masks in public places in Greenlee and “the rise of cases in our tiny county”, even if it a lower rate than the rest of the state.

Supervisor Ron Campbell, of Morenci, said he felt the proclamation “doesn’t go far enough” to curb the rise in cases in Greenlee. He said he wanted to bring the subject up again at the next supervisors’ meeting and discuss it more. However, he did make a motion to approve the proclamation for the time being.

The board will meet again at 8 a.m., June 30 to again address the possibility of a proclamation mandating the wearing of masks in public places. Meanwhile, the town of Duncan plans on having its Fourth of July celebrations as usual.

National newscasts have been focusing on Arizona being among the states with steeply climbing cases of the potentially deadly virus. The climb began immediately after Governor Doug Ducey reduced restrictions on opening non-essential businesses. That included the opening of restaurants, bars, and more visitors – tourists – coming into Arizona from out of state.

While some restaurants in Greenlee have opened their dining rooms, some have not, such as PJ’s Restaurant in Clifton, which continues to provide curbside pickup service.

The popular Morenci Fitness Center has reopened but under strict rules, allowing a limited number of center members to attend and only by reservation. Temperatures are first taken before being allowed into the facility. The same applies to the Morenci Library.

When schools in Greenlee will be allowed to reopen remains unknown.

Greenlee is the least populous of Arizona’s 15 counties and is the second smallest in size. As of June 25, Greenlee had reported 17 total cases (nine active) of the virus and one death. Neighboring Graham County had 75 cases (40 active) and two deaths.