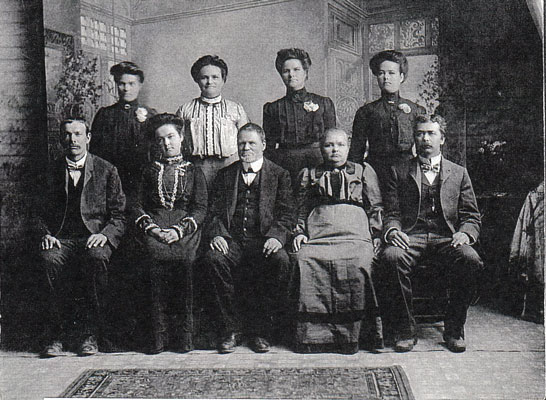 Not enough has been written about the pioneer women of the 19th and early 20th centuries.  Without their strength, courage, and endurance, many places in the west would likely not have been settled as they were.

One such woman was Sarah Matilda Farr Barney.  Her story begins on May 1, 1841, in Chatham, Medina, Ohio, when she was born to Sarah Russ Farr and Elbridge Farr.  The parents were born, lived, married, and had four children in Massachusetts prior to relocating to Ohio.  Mr. Farr was the religious one, so it was devastating to the family when he died in 1849.  Sarah struggled with religion but had some soul-searching experiences that brought her and her three youngest, Matilda, Martin, and Franklin into The Church of Jesus Christ of Latter-day Saints.

While she had a strong desire to gather with the Saints in Utah, Sarah Russ Farr had no funds to do so, as her older children and her late husband’s family refused to let her sell any of her property.  She heard of a blind woman who had a wagon and oxen but couldn’t ride in the wagon as the oxen were too poor to pull a full wagon plus passengers.  So, in 1852, Sarah arranged for her 11-year-old daughter, Sarah Matilda, to lead the blind woman across the plains, both walked the entire distance.

Upon arriving in Salt Lake, young Matilda continued to care for the blind lady, keeping her, herself, and the house clean.  Many noticed and admired her for her kindness and industry.  Among them was the John Hollingshead family whom she was enticed to go work for.  She endured unreasonable demands such as when she was broken out with chickenpox she had to gather snow to melt to do the family wash.  Adding insult to injury, their children called her names and threw dirt on the hanging clothes.

Realizing her mistake too late, she never forgot how she was taken advantage of her circumstance with no relative to turn to or intervene on her behalf.  It served as a valuable lesson, causing her to weigh decisions very carefully throughout her life.  She missed her mother terribly — meeting each immigrant train, then being disappointed.  Finally, in the fall of 1854, her mother and two younger brothers arrived, which made her very happy.  They all settled in Spanish Fork, where she worked helping others in their homes.

It was in Spanish Fork where she was courted for two years by the handsome Walter Turner Barney and it was also where they were married on 13 October 1858.

Walter Turner Barney was born on 18 Sept. 1836 to Elizabeth Turner Barney and Lewis Barney in Lake Fork, Sangamon County, Illinois.  When he was 8, the family was located just outside Nauvoo, Illinois, where he saw and heard the Prophet Joseph Smith many times, becoming personally acquainted with him.  He, with his family, was among the first company of Saints to cross the Mississippi River and continue on to Council Bluffs, Iowa, where the family remained while Lewis accompanied the vanguard company with Brigham Young into the valley of the Great Salt Lake in July 1847.  After many hardships, the family reached Salt Lake in 1852, settling in Spanish Fork.   He aided in building the first canal from the Spanish Fork River for irrigation purposes.  This canal was dug with 15 shovels: 30 men taking turns about 30 minutes each.

At the age of 18, he accompanied a mule team to San Bernardino, California, returning two-and-a-half years later.  At this time, he was called by President Brigham Young to work under Lot Smith to guard the mouth of Spanish Fork Canyon to prevent Johnston’s Army from entering the Valley.

The young couple began their life together and their first child, Walter Francis, was born and died of “summer complaint” at 15 months, giving them much sorrow.  They moved to Springville, where Sara Elizabeth was born.  Another move — this time to Sanpete County where Alonzo Marion was born to them— shortly after relocating to Circle Valley in Piute County where Delilah was born on July 24, 1865, as the parade passed their door.  A few days later, Alonzo took sick with scarlet fever, dying on Aug. 6.   While they lived in Circle Valley, the Black Hawk Indian War began to rage.  A great many cattle were stolen and five settlers were killed, two being Walter’s brother, Orson, and his Uncle, Jefferson Barney.  Due to the small number of settlers and the fierceness of the Indians, the settlement broke up and  Walter moved his family to Beaver, where he cradled wheat and stood guard against the Indians.  In the fall of 1868, Walter secured some farming land and built a log house.  This was in  Kanosh, Millard County, Utah, where the next five children were born: Orin, Azalia,  Franklin Van, Chloe, and Lily.  Walter’s dad, Lewis, was a wheelwright and ran a sawmill,  hence the source of many nice homes in Kanosh.

Their house was mud-plastered on the inside.  At intervals they white-washed it with white clay they secured nearby.  The woodwork was unpainted.  To keep it white and new looking they scoured it with sand, together with the table, chairs, and floors.  Matilda was a good cook and helpmate, teaching her daughters how to preserve and prepare food, as well as other household duties.  She made butter to sell.  In the winter when the butter was white, she would grate carrots and press the juice out to color it.  She also made cheese for the family to enjoy and sell.  Walter always had a garden and orchard, so Matilda dried fruit and vegetables and made many gallons of preserves with honey and molasses.  She was also an expert at curing meat; by wrapping it in a white cloth, then in a paper, and finally burying it in ashes to keep it cool and airtight.

The family was called by church authorities to help settle Arizona in 1884.  They purchased 160 acres near Solomonville where they farmed. In 1896, they purchased land in Matthewsville and built a general mercantile store. With the help of Chloe and Lily, Matilda worked long hours to make the store a success.  Walter made regular trips to Safford to the wholesale houses for goods; also making trips to Willcox, Tucson, and Globe for goods. He later returned to their farm, taking the produce he raised to the store to sell. Matilda ran the store from 1896 to 1909 when they sold it to their daughter, Lilly, and her husband,  Ephraim Larson.

In 1905,  Walter and Matilda accompanied their oldest daughter, Sarah Elizabeth, and her husband, Hakan Anderson, to Portland, Oregon for the Fair & Lewis & Clark  Exposition, returning by way of  Idaho, where they picked up three grandchildren, Verna, Ethel, and Walter, children of their daughter, Azalia, and John Thomas Batty as  Azalia had passed away.  At this time, Matilda was 64 years old, raising them for nine years (until grown).  In 1913, their daughter, Chloe Matthews’ husband and son died, so Chloe and two small children, Debra and Harold, also came to live with them. Matilda was the mother of nine, raising seven and three grandchildren; helping with others.  She was blessed with a keen mind and was absolute in honesty.  She was a noblewoman of high morals and worthy ideals.   After living a worthwhile, productive life, she died on May 23, 1914.  A granddaughter remembered Walter as always having his pocket full of $20 gold pieces.  Walter died May 19, 1922, and they both rest in the Safford Cemetery.

This and other individual and family histories may be found at the Eastern Arizona Museum in Pima with hours Thursday – Saturday from 10 a.m. – 3 p.m.    This couple helped settle and build up the Gila Valley and left a great posterity;  many still live in the Gila Valley.  Their children and spouses are as follows: 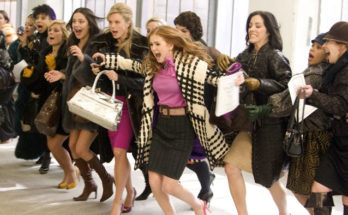 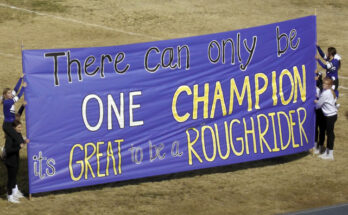 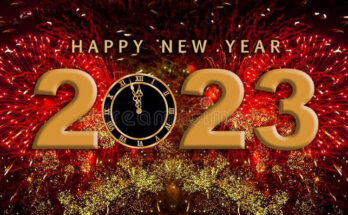