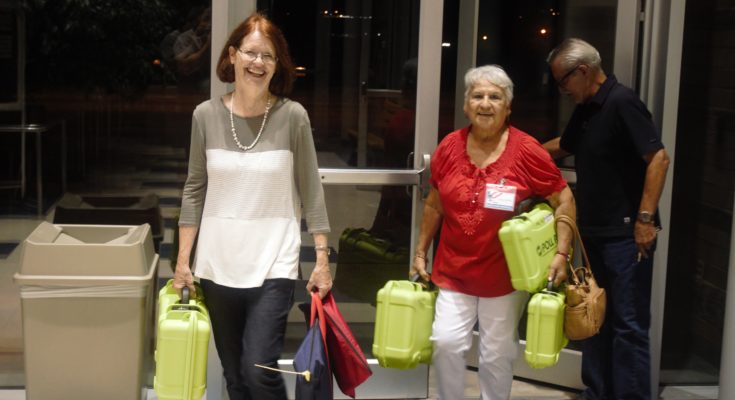 SAFFORD – The votes are in and here is a list of the local races and state results that directly affect Graham County. For a total of all of Graham County’s election results click here and for the total results for the state click here. Voter turnout for the state was just under 26 percent.

Graham County Election Director Judy Dickerson said the election went smoothly and no glitches or irregularities were reported. Out of 20,792 registered voters, the evening tallied 5,935 total votes cast; 4,137 by Republicans, 1,752 by Democrats, and 15 by Libertarians. Most of Graham County’s voters turned in their ballots early, with 4,461 early ballots compared to 1,439 filed on election day.

The unofficial results from the election have the three incumbents keeping their seats with McGaughey having 1,145 votes, Lopez with 1,041, and Seale with 1,021, compared to Hemphill with just 854. Candidates needed at least 678 votes as the total numbers currently stand to be elected in the primary.

Thatcher Town Council incumbents Ryan Rapier and Heston Welker were re-elected, with newcomer Jenny Howard joining the council. Sam Daley was narrowly edged out for a spot and Eddy Carlton brought up the rear.

Heston Welker scored the most votes with 601, followed by Ryan Rapier with 555, and Jenny Howard with 551.  Sam Daley just missed the cut with 548, and Eddy Carlton finished with  340.

Dickerson said there was only one provisional ballot not yet counted due to the voter having to prove residency, and that won’t affect any of the races. The town of Thatcher has acknowledged that whatever number given them by the county will be the final say on the matter and even if a candidate wins by just one vote no recount will be required.

Howard was emotional after receiving the news she was elected and grateful to all who took part in the election.

“I promise I will work to bring my knowledge of my many years in city government to help,” Howard. said. “I just want to help as often as I can. I love this community. I thank everyone for their support and their faith in me, and I won’t let anyone down.”

On the Republican side, Joe Arpaio, Kelli Ward, and Martha McSally fought for their party’s nomination, with write-in candidates William Gonzales and Nicholas N. Glenn also on the ballot.

McSally ran away with the Republican nod after Ward and Arpaio seemingly split the extreme conservative right vote. McSally already started to run television ads against her Democratic, opponent, Kyrsten Sinema, prior to the primary.

On the Democrat side, Kyrsten Sinema battled against Deedra Abboud.

Sinema will now face off against Martha McSally to see who will fill retiring Jeff Flake’s shoes. While Sinema hopes to flip the state to its first Democratic senator in 30 years, one thing is for certain. The next elected senator from Arizona will be a woman.

Rogers won Graham County over Smith by more than 400 votes. Rogers’ victory is due, in part, to her strong showing in the Native American counties up north, which bodes well for her chances in the general election against Democrat incumbent Tom O’Halleran. Generally speaking, the Native American counties usually vote more Democrat than Republican, but if Rogers can siphon enough votes from there she can ride the red wave of most of the rest of the rural district to victory in November.

This one was so in the bag that Vice President Mike Pence tweeted congratulations to Ducey even before some people had finished voting.

On the Democrat side, Steve Farley, David Garcia, Kelly Fryer, and write-in candidate Mirza Fareed Baig hoped to get their party’s nomination.

Garcia will now attempt to topple Ducey as governor of Arizona.

On the Democratic side, Jamie Alvarez battled Mendy Gomez.

Alvarez will now face Gowan in the general election in November.

Incumbent Michele Reagan hoped to ward off Steve Gaynor on the Republican side, while Democrat Katie Hobbs was unopposed.

Gaynor will now face off against Hobbs in the general election in November.

Mark Brnovich (Republican) and January Contreras (Democrat) were unopposed and will meet each other in the general election in November.

The Gila Herald will update this article as more races are called.