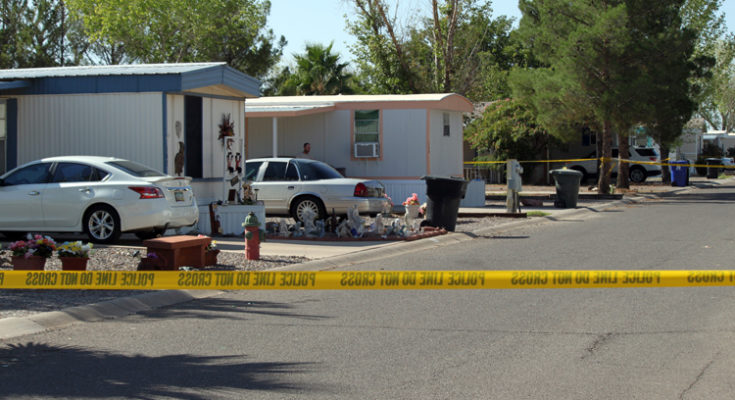 SAFFORD – Two suspects in the shooting of two men at the Sunrise Village Mobile Home & RV Park in the early morning hours Monday has been apprehended.

The shooting occurred at about 3 a.m. on  Monday and involved two victims, who were transported to the Mt. Graham Regional Medical Center (MGRMC) for treatment. According to a Safford press release, both subjects suffered non-life-threatening wounds and were treated and released. One subject reportedly had a gunshot to his leg, according to a resident.

Investigators spent hours at the scene and cordoned off a section of the street that encompassed at least eight residences.

According to a press release, based on information gained at the scene and subsequent witness interviews, two suspects were identified. Both suspects were arrested and have allegedly admitted to taking part in the shooting.

One suspect is a 17-year-old juvenile who was later taken into custody during a search warrant at his residence.

“The initial response and subsequent investigative actions taken by the Safford officers and detectives was outstanding,” Brugman said. “The suspects in this case were captured and taken into custody rapidly and without further injury to anyone.”