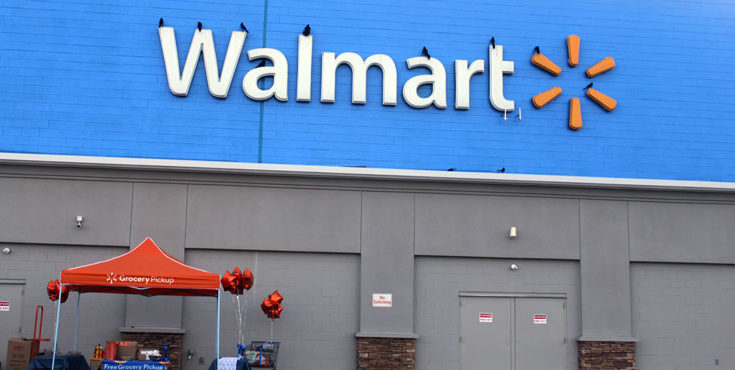 Walmart is one of the big American chain stores that’s contributed substantially to the growing business and military dominance of China.

When traveling I-10 from Safford to Tucson, you’ve probably noticed it’s not unusual to see mile-long freight trains, running parallel to the highway, loaded with hundreds of steel shipping containers inscribed with logos of Chinese companies.

July 4th is just another day to get a little richer from the Americans.  So is New Year’s, Valentine’s Day, Easter, Mother’s Day, Father’s Day, Halloween, Thanksgiving, and Christmas.  Especially, at Christmas.

While trains may be stuffed with merchandise from China, in reality, they really represent money in the bank.

China, of course, disputes the claim.  Remember, this is the same Chinese government that’s locked-down millions of their own citizens under the guise of COVID control.

As we’ve learned, the COVID/coronavirus originated in one of their laboratories in Wuhan — a possible explanation why they also provide us with a good supply of useless paper facemasks.

The burgeoning Chinese economy has made it possible to increase the size and readiness of their military.  Presently, they routinely intimidate the island-nation of Taiwan and increase their naval presence in the South China Sea, a major shipping lane in the far Western Pacific.

One of the ironies of this situation is the United States, founded upon Judeo-Christian principles, has snuggled up to a nation and government that is the complete opposite.

Godless, socialist communism can only exist through the constant implementation of brute force.  There is no such thing as a First and Second Amendment to protect the people’s rights to speak against and defend themselves from an aggressive ruling class.

As former idol and Chairman of the Chinese Communist Party, Mao Tse-tung,  reportedly remarked “Power comes from the barrel of a gun,” this remains true today as when he proclaimed it decades ago.

Nevertheless, many of America’s largest corporations line up to import and market Chinese goods to the tune of billions of dollars annually, while our economy struggles to maintain a viable working environment.

We’re having difficulty supplying our people with gasoline and baby formula, grocery shelves are beginning to thin, everything costs more to produce and transport, inflation is no longer “transitory” – a giant lie from the very beginning – but increasing monthly, national security screw-ups are almost a daily occurrence, drug deaths are over a hundred thousand annually, big-city crime is nearly out of control, and our southern border is wide open to anyone wishing to cross.

The president of Mexico, and several other Latin-American nations, refuse to sit with Biden to discuss the issue.  Vice President Kamala Harris, Biden’s appointed “Border Czar,” is nowhere to be seen.

Meanwhile, President Joe wants additional restrictions on private firearms ownership, telling us “The Second Amendment is not absolute.”  Which, of course, only drives up public demand for guns.

Actually, the Second Amendment, like any other amendment, is absolute.  It can only be changed or repealed by a lengthy constitutional process.  Not by a simple vote of Congress, or Presidential Executive Order, or legislative nit-picking, or taxed into oblivion.

I guess after nearly a lifetime of promoting Washington’s malarky, Biden has become mesmerized by the D.C. b.s.

By golly, there’s no shortage of 98-cent Chinese made July 4th trinkets and accessories.

Competitive global commerce is one thing – aiding and abetting an obvious economic and militaristic antagonist is another.

Particularly, one openly broadcasting its intention to subjugate the world.  Everyone may be focused on the Russia/Ukraine upheaval, but the Chinese economy, military, and population are many times larger than Russia’s.

Unfortunately, President Joseph. R. Biden seems oblivious, asleep at the wheel, or continually offering excuses for things that have gone sour under his watch is always someone else’s fault.

Pundits compare Biden’s struggling administration to former President Jimmy Carter’s similar fiasco in the late 1970s.  An apparent resemblance, except Carter was at least competent enough to realize his leadership was failing.  He just didn’t make the necessary adjustments to get back on course.

Carter’s reelection bid in 1980 was equally catastrophic.  He carried only six states to Ronald Reagan’s 44 and garnered a minuscule 49 Electoral College votes versus Reagan’s 489.  A minimum of 270 EC votes are needed to win.

Obviously, he substantially lost the Democratic vote that year.

If Biden continues to perform as badly in the future as he has in the past, the 2024 presidential election could set new landslide records.

Sadly, Joe may not even realize it.