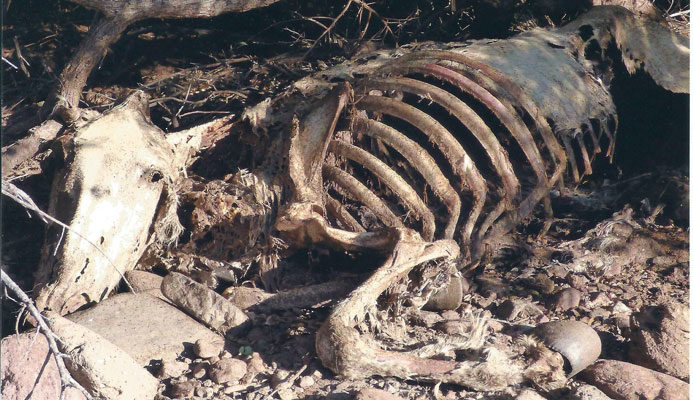 In an ironic recent news release from the Apache-Sitgreaves National Forest (A-S), the Forest Service (FS) voiced concern over the deaths of some “wild” horses on its lands. This was not the first time equines have perished on the forest but it was the first time A-S supervisors sought assistance from county sheriff’s departments, the US Attorney for the District of Arizona, and the public. When A-S employees on the Clifton Ranger District allowed two FS horses and one mule to die from dehydration and exposure in the summer of 2016, no such collaboration was sought. In fact, just the opposite occurred. (See Gila Herald: The Ghosts of horses past – April 19, 2018)

In 1971, in large part because of the incessant urging by “Wild Horse Annie” (Velma B. Johnston), Congress passed the Wild Free-Roaming Horses and Burros Act. This was designed to preserve and protect these “living symbols of the historic and pioneer spirit of the West” on Bureau of Land Management (BLM) and FS land. Any horses or burros introduced to these federally managed areas by “accident, negligence, or willful disregard of private ownership” after Dec. 15, 1971, were legally considered unauthorized livestock. These have no status under the Act and are “subject to gather under federal and state law”.

In 1974, the FS surveyed the A-S and found 7 free-roaming, unclaimed horses close to the town of Heber. A wild horse territory was established on the forest nearby and designated as the Heber Wild Horse Territory (HWHT). Over the next 20 years, the herd remained very small. In 1993 there were only 2 mares found in the territory. Between 1994 and 2001 no horses were seen in the HWHT. If the FS had used any foresight at all, it would have legally closed the territory as irrelevant at that time. Any equines later introduced into the area would obviously not be some kind of living icon of the West; they would just be stray unwanted, abandoned, or untended individuals going feral.

But that didn’t happen and after the Rodeo-Chediski fire of 2002 burned about 23 miles of boundary fence, large numbers of horses started showing up on the forest. These could have been from private property but the majority of the culprits originated on the Fort Apache Indian Reservation. The animals posed a “resource threat” to the forest, a roundup was proposed but litigation by concerned parties put a stop to that and required a new management plan for the HWHT before any horses could be removed. This was based on the unlikely possibility that some of them were descendants of “real” wild horses.

In 2014, a survey found 18 horses in the HWHT and 184 on the forest. Another search in 2017 located 27 in the designated territory and 272 outside of it. The numbers will naturally continue to expand until a tangled web of legal mandates is met. Meanwhile, human emotions, in the form of the “Heber Wild Horses Freedom Preservation Alliance” and “Citizens Against Equine Slaughter” are gearing up to fight any attempt to reduce the herd. One of their websites states that “everybody who agrees to a cull will have the blood of these American icons on their hands.”

Actually, the horses currently on the A-S are in all likelihood unauthorized animals that should be gathered and removed. This can be done through claims by owners, adoption, placement in long-term holding facilities, or even sold to slaughterhouses. We should remember that Mexican gray wolves are routinely fed “carnivore logs”, comprised of horse meat, and the ingredients have to come from somewhere. These horses are degrading wildlife habitat and competing for forage and water, not just with wildlife such as deer, elk, or bighorn sheep, but also legal permittee’s livestock.

Sixteen of them have been found dead, according to the A-S bulletin, in the past six months. The FS stated that the reasons for the horses dying on the forest could “include accidents, natural, causes, predation, and shootings”. They didn’t mention that on the A-S equines have also died from dereliction of duty by FS employees. The A-S already had what the Heber horse lovers called “blood on their hands”.

When the Clifton Ranger District (RD) horses, Diesel and Snip, and their mule, Little Bit, died particularly painful deaths because of their human caretakers, the A-S avoided the local sheriff’s department, didn’t contact the US Attorney for Arizona, and certainly never asked for public input. Even though subsequent evidence was enough for the Greenlee County sheriff’s office to bring two FS employees into court with 9 charges each of animal cruelty, the A-S and regional FS law enforcement refused to help attain legal justice for the dead animals under their care.

When one of the accused FS employees and his Tucson lawyer filed court papers with false claims that he was a federal law enforcement officer (LEO) and not subject to state laws, another can of worms was opened. I contacted FBI agent Steve Grant in Sierra Vista and he confirmed for me that a felony under both federal and state laws, that of impersonating a federal LEO, had been committed to misdemeanor charges of animal cruelty. I contacted the A-S supervisor’s office and the FS regional law enforcement in Albuquerque about this (as well as the US Attorney for Arizona, the Secretary of Agriculture, the Arizona State Bar, and all of the Greenlee County legal apparatus) but they were all noncommittal.

When the office of the Greenlee County Attorney, Jeremy Ford, dismissed the cases of the two FS defendants to federal court in Tucson, where they promptly disappeared thanks to the private lawyer involved, any chance of justice also vanished. I documented all of this, with copies of court papers, correspondence with pertinent agencies, and FS reports included, in a book called “Whipping Dead Horses: An Honest Opinion”.

From the exhaustive investigative research I did for the book, my opinion now is that any concerns the FS managers of the A-S profess about horses or mules on the forest are really just a form of crocodile tears. Their track record shows as much, through a long paper trail.

Dexter K. Oliver has worked for the wildlife division of the FS on the Alpine and Clifton ranger districts of the A-S. 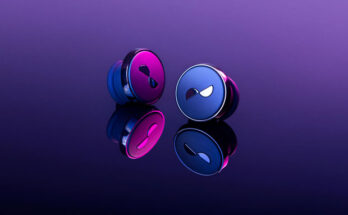 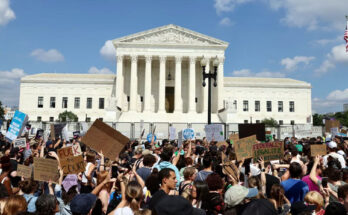 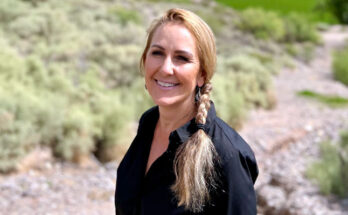