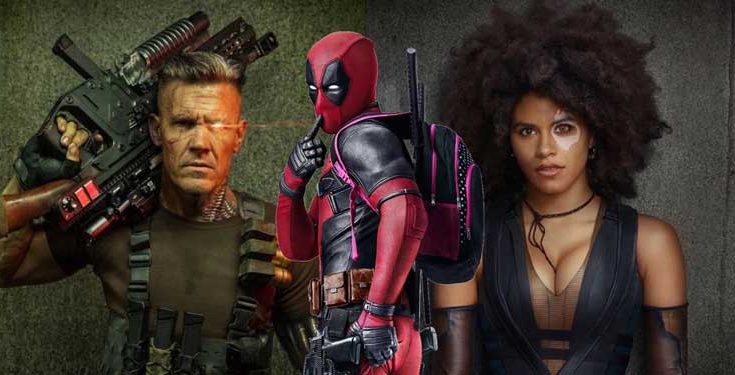 Hello, people of Earth. We saw Deadpool 2 so you know what time it is. Now it’s time for . . . ok, ok, enough of the homage to the great podcast “How Did This Get Made?” If you don’t know it, check it out; it’s great. Although the premise used here is highly inappropriate because how this movie got made is easily evident; because the first movie made a ton of money – something Deadpool alludes to in one of the opening scenes.

No, that was our breaking the fourth wall opening for our review of “Deadpool 2”, and if people don’t know what the heck is going on, stick with us, it gets better, hopefully.

Deadpool 2, directed by David Leitch and written by Rhett Reese, Paul Wernick, and Ryan Reynolds, is the sequel to the wildly successful Deadpool and again stars Ryan Reynolds in the part he was born to play as the wisecracking merc with a mouth. The lovely Morena Baccarin returns as the love of his life, Vanessa, in her sultriest role since she played Inara Serra – a Companion – on Joss Whedon’s short-lived Firefly. (Also great; check it out on Netflix.)

Newcomers this time around include Josh Brolin as Cable (you might recognize the voice as Thanos in a little artsy movie released a little earlier this month) and Zazie Beetz as the ever-so-lucky Domino. This time around, the plot surrounds a young mutant, Firefist, played by Julian Dennison, and Deadpool’s effort to keep him from turning into a murderous bad mutant.

Rounding out the returning cast is T.J. Miller as Weasel, Leslie Uggams as Blind Al and Karan Soni as the beloved taxi cab driver, Dopinder.

Deadpool 2 doesn’t change the script from the original and packs the same amount of innuendo, jokes, witty rejoinders and violence as the first installment. Despite what Deadpool says in the opening, however, this is not a family movie and it is still better to leave the young ones at home with a sitter.

Bottom line is if you loved the first Deadpool you will at least like Deadpool 2. There is no drop-off in what we now have come to expect from the franchise and that really is the only downside. With the first Deadpool taking everyone by surprise with Reynolds’ character and the overall style of the movie, we now expect it and are not overwhelmed. The movie does deliver, however, and is a joy to watch – if that’s your bag. There are plenty of laugh-out-loud moments in the film, but don’t forget to stay for the credit scenes, which turn out to have some of the funniest moments in the entire film.

Deadpool 2 is rated R and is playing locally at the Allen Stargazer 5 in Safford and the Morenci Theater. As of Sunday night, it has an 82 percent score on Rotten Tomatoes (86 percent audience score) and an 8.2 out of 10 on IMDB. The Gila Herald gives Deadpool 2 a resounding 4.5 stars out of 5.

Red band trailer below. Viewer discretion for language and violence.