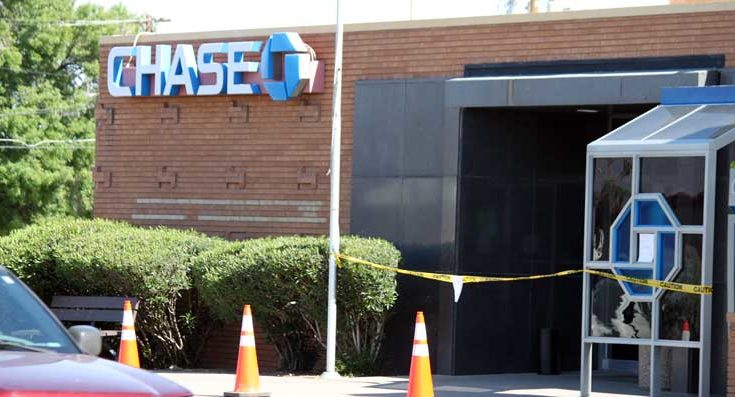 Jon Johnson Photo/Gila Herald: The Chase Bank hopes to reopen at noon Wednesday. The bank has been closed since a transformer fire caused a loss of power Sunday.

SAFFORD – A transformer fire in between the parking lots of Western Federal and Chase Bank in Downtown Safford on Sunday forced the closure of Chase Bank this week, but the branch hopes to reopen Wednesday at noon.

Sabino Electric of Tucson was on the scene Tuesday and said they should have the power back on by that night. However, a Safford Electric line crew was scheduled to return Wednesday morning to do some checks prior to moving forward.

After energizing the building, there are additional tests the facility has to go through prior to reopening, according to a bank representative who spoke on the condition of anonymity due to not being authorized to do so.

The representative said the bank realizes it is the only local branch and is diligently working to reopen. The representative also praised the city of Safford electrical department and said the workers have risen above the call of duty to help get function back to the bank.

Safford Fire responded to the scene Sunday and quickly extinguished the fire that appeared to have started near the base of the utility pole. Safford Fire Chief Clark Bingham has listed the cause of the fire as unknown, but the bank representative believed it might have been caused by a discarded cigarette.