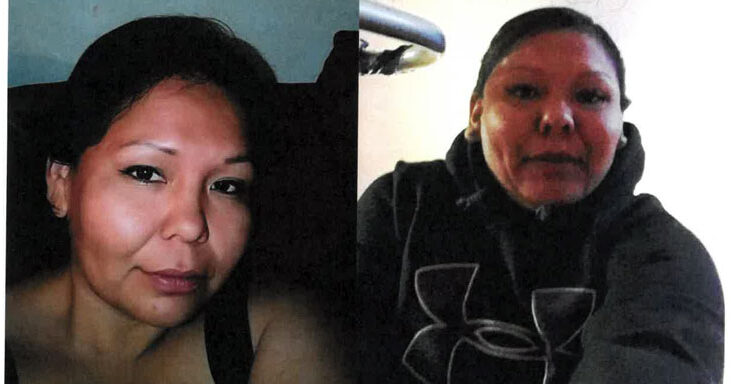 The death of Eva Joy Martinez has been ruled accidental and there will be no charges against the driver who struck her.

No charges against the driver who struck Eva Joy Martinez

GRAHAM COUNTY – The death of a Bylas woman who was missing for two weeks before being found just feet off the northern shoulder of U.S. Highway 70 has been ruled accidental.

Investigators have deemed that Eva Joy Martinez walked into the roadway on the evening of Sept. 24, 2021, and was struck by a westbound, 2020 Peterbilt semi-truck. The impact of the collision knocked Martinez into the bushes to the north of the roadway, where she would lie waiting to be found for the next two weeks.

The last time anyone saw Eva Joy Martinez had been the evening of Sept. 24, 2021, when she had been at the Ft. Thomas Cafe. However, she was not reported missing to the Graham County Sheriff’s Office until Oct. 1, 2021.

On Oct. 9, 2021, Martinez’s body was found just a quarter mile from the Ft. Thomas Cafe she was last seen. An autopsy report from the Pima County Office of Medical Examiner reports findings of blind impacts to the neck, trunk, and extremities, with skeletal, soft tissue, and visceral injuries, as well as methamphetamine and ethanol intoxication, and postmortem decomposition.

On Oct. 14, 2021, a Graham County Sheriff’s Office investigator learned that a contract driver for a chemical transfer company working between the Globe, Morenci, and Safford mines had reported “hitting something and damage done” to his semi-truck” on Sept. 24, 2021, near the Fort Thomas area.

A safety officer at the trucking company had read the Gila Herald’s account of Martinez’s body being found and felt he needed to come forward and report what he knew. The safety officer told investigators that one of the company’s truckers reported hitting an animal and that the truck was currently at a shop for service to repair the damage.

The driver, a Globe resident, was interviewed and the 2020 Peterbilt he was driving was inspected.

The driver said he was westbound through Fort Thomas at about 7:30 p.m. on Sept. 24, 2021, when he heard what sounded like a tire exploding. At that time, he said he didn’t realize he had hit anything and continued westbound until there was a safe spot to pull over.

Upon inspection, he saw there was damage to the truck’s headlight, passenger side fender, and bumper. The driver said he asked other eastbound motorists to look out for a possible animal that had been struck but nothing was reported.

An in-cab video was obtained by investigators that showed a person in the roadway of U.S. Highway 70, south of the white fog line for westbound travel at the time and location of the incident. A safety officer for the trucking company provided the video to the investigators and said the driver had no prior access to the video as it is uploaded to another contract company. The video apparently exonerates any wrongdoing by the driver as Martinez was in the roadway at night and was simply not seen when she was struck. The area is a two-lane highway with a 65 mph speed limit.

After reviewing all of the evidence, interviews, video surveillance, and forensic pathology, the Graham County Attorney’s Office declined to press any charges regarding Martinez’s death.