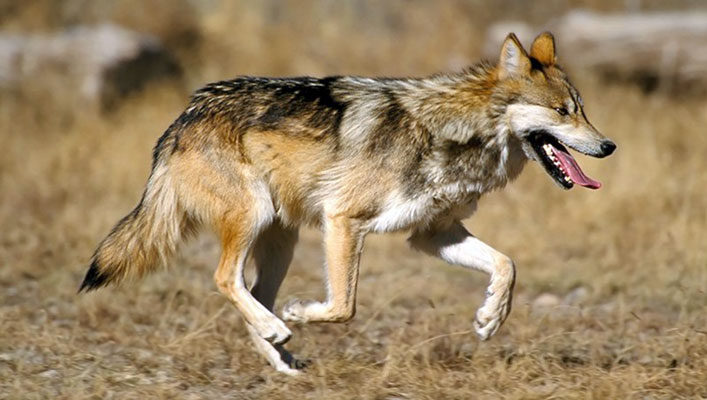 Photo By Jim Clark/U.S. Fish and Wildlife Service: Rep. Tom O’Halleran has introduced legislation to compensate ranchers for 100 percent of the loss of livestock by Mexican gray wolves.

“Alongside my colleagues on the House Agriculture Committee, I’m working to find solutions that not only protect Arizona’s native wildlife but also support the livelihoods of our hardworking ranchers and ag producers,” said Rep. O’Halleran. “My bill makes sensible improvements to the predator support process to promote the recovery of the endangered Mexican gray wolf species and ensure livestock producers are fully compensated for the losses they incur as a result.”

Currently, the existing predator support programs reimburse ranchers and producers at 75 percent of the market value of affected livestock, resulting in unfair reimbursement for the cost of raising livestock on land where wolves are present and a lack of sustainable, long-term incentive for livestock producers to become more tolerant of wolf presence and activity within their shared landscapes.

O’Halleran’s bill would reimburse ranchers and producers at 100 percent of market value and establish an emergency relief program to support livestock with herds that have been adversely affected by Mexican gray wolves.

President of Arizona Farm Bureau, Stefanie Smallhouse, spoke in favor of the action.

“The presence of the Mexican Gray Wolf has been a challenge in Arizona’s ranching communities for decades,” Smallhouse said. “The current compensation programs do not adequately address the impacts that introduction of this species has had on cattle and the continued success of Arizona’s ranchers. To ensure economic stability for this critical industry in our state, and to maintain a reliable, local food supply, we must make sure that federal compensation programs are effective and adequate. Thank you to Congressman O’Halleran for his leadership in addressing this issue and ensuring our ranchers are fairly compensated for losses they sustain in an attempt to recover the Mexican gray wolf.”

The wolves themselves are endangered, and the government has sponsored a variety of programs to assist the wolves to thrive, such as the Mexican Wolf Reintroduction Project. The project is a cooperative effort administered by seven co-lead agencies: Arizona Game and Fish Department, New Mexico Department of Game and Fish, White Mountain Apache Tribe, U.S. Department of Agriculture (USDA) Animal, and Plant Health Inspection Service, USDA Wildlife Services, USDA Forest Service and the U.S. Fish and Wildlife Service.

Additionally, killing a Mexican wolf is a violation of state law and the Federal Species Act and can result in federal criminal penalties of up to $50,000 in fines, up to a year in jail, or a civil penalty of up to $25,000. Thus, a balance is attempted to be achieved between invigorating the numbers of Mexican gray wolves but not at the cost of ranchers.

“The presence of Mexican wolves in southwest New Mexico is not without consequence,” said Craig Ogden, President of the New Mexico Farm Bureau. “It is time we fully recognize the broad-based impacts wolves have on the customs and culture of ranching and agriculture in our state and stand by the ranchers who have taken on the additional burden of mitigating wolf interactions. NMF&LB supports this effort to increase resiliency among our ranching communities by better-compensating ranchers for the true cost of wolf presence.”