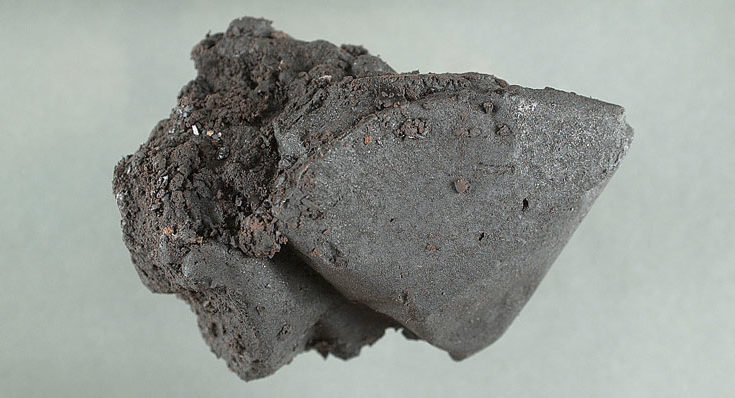 Contributed Photo/Courtesy DEA: More than half an ounce of black-tar heroin like the drug pictured was found Friday after a man possibly suffering from drug-induced sickness initially refused to go to the hospital.

SAFFORD – In the end, an apparent drug overdose victim agreed to go to the hospital, but not before police arrested a heroin dealer Friday, Oct. 5 with more than a half ounce of the drug and gave multiple citations for various other drug charges to others present.

According to a Safford Police report, an officer was initially dispatched at about 12:51 p.m. to a residence on 13th Street regarding a fight in progress.

Upon arrival, the officer recognized several subjects who he had previous contacts at an address where police have responded to multiple instances of domestic violence, disorderly behavior, and drug use.

As the group insisted there was no fight, one woman opened the front door to an apartment and the officer reported smelling a strong odor of marijuana. Since none of the people at the residence had a valid medical marijuana card, the officer entered the residence and ordered everyone out, including a man who was in the shower, later identified as Delorenzo Anzar.

The officer then applied for a warrant and police subsequently located various pieces of drug paraphernalia throughout the apartment including items used to smoke marijuana, pills, meth, heroin, and a digital scale. The police also located a small amount of meth, multiple small packages of heroin, a partial prescription pill, and a meth pipe in the bathroom where Anzar was using the shower.

Everything else paled to the discovery in the northwest bedroom, however, as the initial officer noticed a vent cover had been removed. Inside the vent, the officer located a large chunk of black-tar heroin, that later weighed 17.5 grams.

One of the occupants, Kenneth Strong, 54, said he lived there with his girlfriend, Monique Vargas, 37, and their two juvenile children. Vargas allegedly admitted to owning a glass marijuana pipe that was found and said some straws and tin foil with drug residue belonged to Strong. She also said she handed the digital scale to Strong to hide. Strong later advised that everyone was fighting because Anzar was sick and he wouldn’t go to the hospital. Strong and Vargas were both given citations for possession of drug paraphernalia and were released.

Anzar later threw up multiple times in front of officers and paramedics from Lifeline Ambulance took him to Mt. Graham Regional Medical Center. Margie Anzar said she was sick as well and also went to the hospital. Prior to the arrival of paramedics to the scene, an officer informed Delorenzo that he had Narcan and could help him if he was having an overdose, but Delorenzo denied ingesting drugs while pleading for an ambulance.

The mystery of who owned the big batch of heroin was yet to be solved, but another person on the scene, Elijah Anzar, said it possibly belonged to his mother, Margie, whom he said sells meth and heroin.

However, another person fingered Elijah’s girlfriend, Christina McCommis as the owner of the heroin. McCommis later allegedly admitted to purchasing about 18 to 19 grams of heroin for $1,500 and that she was the one who hid it in the vent. McCommis was then arrested and booked into the Graham County Adult Detention Facility for possession of a narcotic drug for sale and possession of drug paraphernalia. She allegedly said she intended to sell the heroin to make money to help her and Elijah take care of their child.

The officer then forwarded his report to the Graham County Attorney’s Office for review, and additional charges to others present may be pending.