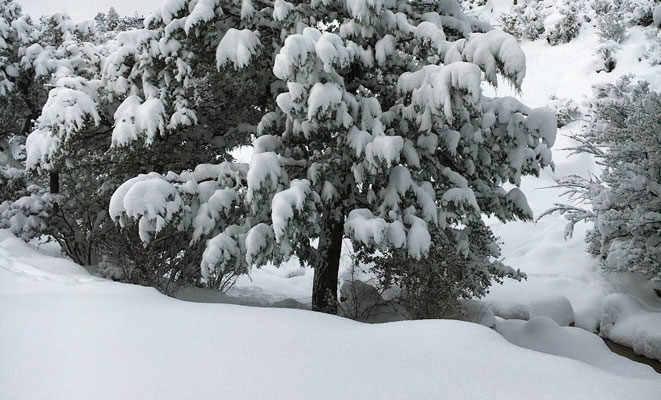 AIA Executive Director David Hines released this statement postponing the 1A and 2A semifinal and championship games in Prescott due to weather. Locally, at least Pima and Fort Thomas are already in Prescott, while Thatcher and its opponent, Scottsdale Christian, are both in the Phoenix area.

“On Wednesday because we were unable to reach consensus on postponement options for the 1A and 2A basketball tournament, we were left with the decision to play as scheduled or cancel.  No one wanted to cancel, and postponement options were challenging due to several factors. Since we didn’t know when the weather would clear, postponing a week or two meant that some schools would possibly not be able to participate.  Postponement of any length created hardships due to other travel plans of the participating teams and their students’ possible involvement in Spring sports. This lead to the decision to move forward. Most teams felt it was in their best interest to travel early with many leaving Wednesday after the conference call.

At this point, while 13 schools are in the Prescott area, it is unsafe for them to travel to the arena.  We have advised the schools to stay in and avoid the roads until it is safe to return home. I will be working with my financial team to evaluate ways in which we may provide reimbursement assistance to the affected teams who traveled to Prescott. Tickets purchased ahead of time are fully refundable. We will post additional information and instructions within the next day.

We are now looking at options to split the conference tournaments after the weather has improved.  We will be inquiring with a variety of venue options in the metro Phoenix area. Once venue options have been determined, a conference call will take place with the affected schools to finalize the new tournament dates and times.

We sincerely apologize for the inconvenience to everyone affected. It was our sincerest desire to give the very deserving student-athletes the full tournament experience.  The intensity of storms like these has been rare for the Prescott area and we did not anticipate the full effect it would have on our traveling teams. We now appreciate the magnitude of this weather and want only for the safety of our teams.

We will continue to post updates on social media and keep everyone aware of the next steps.  Thank you to everyone who has expressed their concerns and ideas.

The AIA is held a conference call with the 1A teams that started at 10 a.m. and they decided to move forward with playing the games in Prescott. They will see if the games can start tonight but will play Saturday at the latest.

A conference call with the 2A teams was scheduled to begin at 11 a.m.

The Thatcher Booster Club has posted that the Thatcher versus Scottsdale Christian semifinal game will take place at Greenway High School at 3930 W. Greenway Rd. in Phoenix at 3 p.m.

According to a Pima representative, Pima will play Alchesay tonight at 6 p.m. in Prescott and the championship game will be played at Highland High School at 4301 E. Guadalupe Rd. in Gilbert on Saturday at 6 p.m.