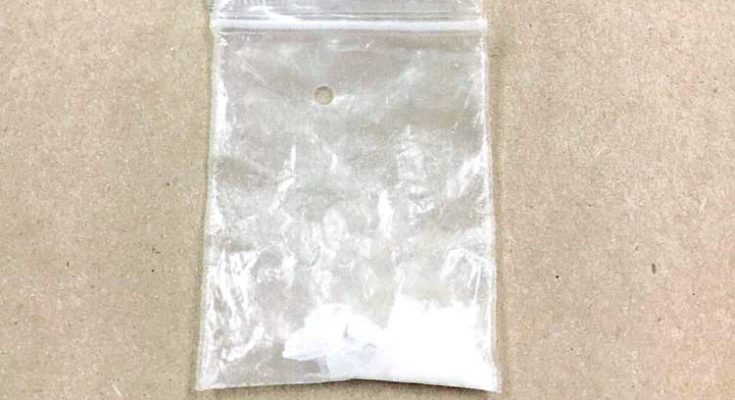 Contributed Photo/Courtesy SPD: Estrella Sierra was apprehended with methamphetamine after being noticed by an officer while walking down the street. This picture shows meth from a previous bust unrelated to Sierra.

SAFFORD – A Safford woman with two warrants for her arrest is now facing a possible prison sentence after being apprehended with methamphetamine.

Estrella Marie Sierra, 31, was walking down 5th Avenue on Friday, Sept. 28, when an officer who was in the area due to a different incident recognized her.

Upon contact, Sierra initially gave her first name as “Tasha”, but when the officer informed her that he had just looked up her record, which also had a clear booking photo of her, she allegedly admitted her true identity.

Sierra was then placed under arrest for her warrants and taken into custody. She was holding a pink backpack at the time, and a search of the backpack subsequently yielded a glass pipe with methamphetamine residue, and a quantity of meth in a heat-sealed plastic baggie.

Sierra denied the backpack was hers and said she borrowed it from her cousin. However, the officer noted Sierra displayed various attributed to methamphetamine use, including erratic movements with her arms and legs, facial twitching, and what appeared to be meth sores on her face and arms.

Sierra was then booked into the Graham County Adult Detention Facility on her warrants and the officer’s report was sent to prosecutors for charging of possession of a dangerous drug and possession of drug paraphernalia.