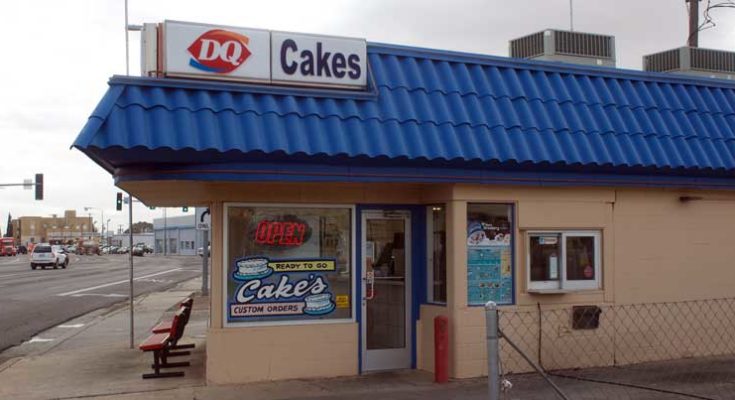 Jon Johnson Photo/Gila Herald: An employee spat got out of control Friday when one of the workers spiked the other’s water cup with pepper spray.

SAFFORD – Baskin Robbins may have 31 flavors but they don’t have anything compared to what the employees of Dairy Queen are serving up to each other. Although it is quite unlikely to ever be a menu option.

On Friday, Feb. 16, Safford Police were dispatched at about 12:35 p.m. to the Dairy Queen at 807 W. Thatcher Blvd. regarding an altercation between two employees.

According to the owners’ statements and video surveillance, two employees were joking around while working until the female employee took it a step too far.

The employees had been commenting playfully about “killing” each other and each other’s loved ones and the female had tossed a cup of wastewater on the male employee. The male then flicked the water back at the woman, and she, in turn, threw a cup of spoons at him.

The woman then grabbed the man’s jacket and threw it out the back door. She then proceeded to spike the man’s water cup with pepper spray (oleoresin capsicum). The man didn’t drink from the cup, however, because the woman notified a manager that she had added the adulterant and the cup was thrown away.

While most pepper sprays are “food grade” and do not contain any toxic ingredients, the act of sabotaging her co-worker’s water in such a fashion could still be classified as disorderly conduct.

Officers attempted to contact the male employee but he did not answer his phone. A voicemail was left for him regarding whether he wished to pursue charges against the female employee.