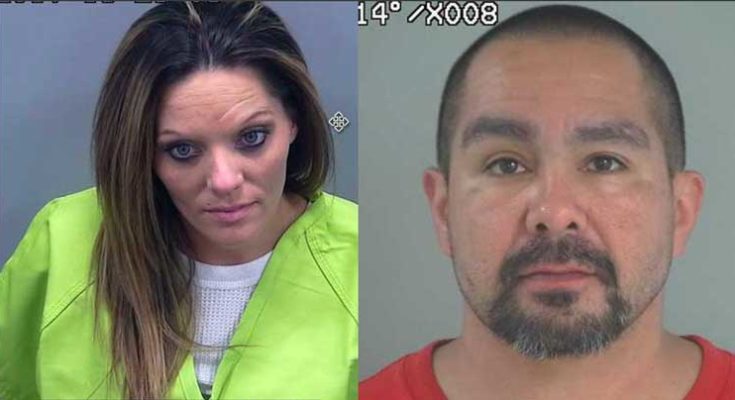 SAFFORD – Wynette Marie Jones, 33, who was caught driving more than a pound of methamphetamine back to Safford with her boyfriend in June 2017, was sentenced Monday, Jan. 29, to four years of probation for possession of heroin.

According to Safford Police reports, Jones had picked up her boyfriend, Bryan Joseph Cervantez, 37, in Bylas after he allegedly returned to the area after purchasing the meth in Phoenix. Jones was driving eastbound on U.S. Highway 70 when she passed a stationary Safford patrol vehicle that was parked near Fort Thomas High School. The speed limit lowers from 65 mph to 45 mph as it goes through the Fort Thomas area, and the officer clocked Jones’ speed at 60 mph in the 45 mph zone.

During the traffic stop, a glass meth pipe was located in Jones’ pocket and later a female Pima Police officer located a usable amount of heroin in her possession as well.

Another glass meth pipe was located in the vehicle’s center console, while a bundle of 494 grams of meth was found in a backpack in the rear passenger seat and another 17.3 grams was found in another bag that also contained a purse on the floorboard behind the driver. A partially smoked marijuana joint was also found in the ashtray.

According to a Safford Police release at the time, a single dose of meth is roughly .25 of a gram and so the bust took roughly 2,040 doses of meth off the streets. The street value of the meth was listed at $80 per gram and what is commonly referred to as an “8 ball” (3.5 grams) at $200. The release placed the total value of the seized meth at more than $40,000 if sold one gram at a time.

“The Safford Police Department continues to aggressively investigate all illegal drug cases, in particular, those involving the sales and possession for sale of these illegal drugs,” Safford Police Chief Joe Brugman said in the release at the time. “I commend the work that all our law enforcement agencies in the area are doing. The importance of keeping these dangerous drugs off our streets cannot be overstated. This case exemplifies the high quality of police work going on every day in our community.”

In her plea agreement, all of the meth, marijuana and paraphernalia charges were dismissed without prejudice in exchange for a guilty plea for possession of the heroin. Since they were dismissed without prejudice, however, each charge can be re-filed against Jones if she fails on probation. The court has given her a chance to be drug-free, but if she fails to do so she risks being imprisoned for a decade.

Cervantez is still waiting for adjudication. His trial is scheduled to begin in June. He has previously been convicted twice for possession of meth and has an assault conviction as well. With multiple prior felonies and a current second open possession of methamphetamine case against him, if he is found guilty he faces a sentence of 15 to 35 years in prison.