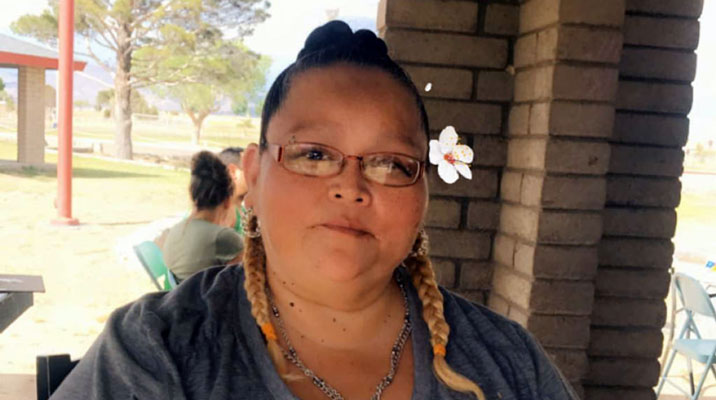 Melissa Walker died Monday afternoon after being ejected from her SUV during a rollover crash on Bryce/Eden Road.

PIMA – The woman who tragically died after being ejected from her SUV during a single-vehicle rollover on Bryce/Eden Road on Monday has been identified as Melissa J. Walker, 49, of Pima.

According to a press release from the Graham County Sheriff’s Office, Walker was westbound on Bryce/Eden Road in a red, 2001 Chevrolet Blazer at about 1:46 p.m. when the vehicle went onto a dirt shoulder at a curve in the road. The SUV corrected back to the pavement and began to roll. The Chevy eventually came to rest on the north side of the road. The crash was west of Morris Lane and just west of the cemetery road turnoff.

Walker was able to speak at the scene but had severe injuries to her leg and advised of having chest pain. She was transported by ground ambulance to Mt. Graham Regional Medical Center, where she was later pronounced deceased. An autopsy of Walker will be performed by the Pima County Office of the Medical Examiner.

The Sheriff’s Office’s investigation into the crash continues with the assistance of DPS.

“The Sheriff’s Office would like to thank all the first responders who gave their assistance,” the release stated.