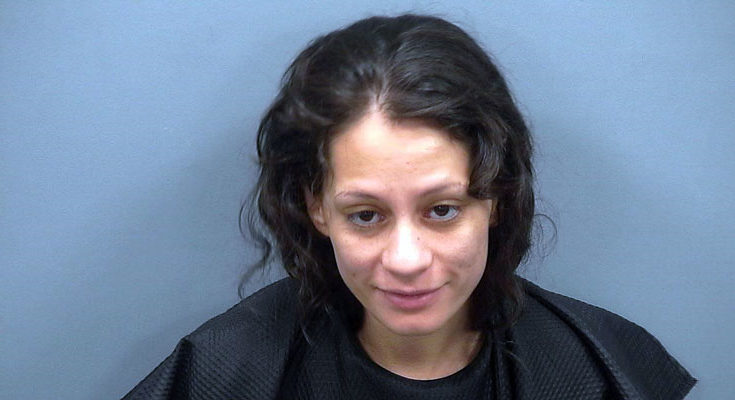 Contributed Photo/Courtesy GCSO: Lisa Maennche was sentenced to three years in prison after failing to remain drug-free on probation.

SAFFORD – A woman’s continued addiction to heroin has landed her in prison for three years.

In court on Tuesday, Maennche admitted to using heroin while in rehab and was then discharged from the facility as a result and failed to notify her probation officer.

According to the plea, Judge Peterson was set to sentence Maennche to three years and nine months in prison, however, due to not having enough aggravators, the prosecution agreed to allow the plea agreement to be amended to just three years.

“Christmas came early for you,” Judge Peterson said. “That’s very gracious of Mr. (Garet) Kartcher to do that for you.”

Judge Peterson advised that with one day for every seven served and credit for 229 days, Maennche would be released from prison much quicker than the three years she is sentenced to and recommended she enroll in the Community Wellness Program when she is released. Upon her release, she will also be placed back on probation with an extension of 33 more days.

“You strike me as a nice person,” Judge Peterson said. “(However), you’re decision making is rather impulsive.”

Judge Peterson said he hopes the Community Wellness Program will help her keep her addictions at bay as she exits prison and returns to probation. The program starts with a 60-day trial and at the end participants can continue with the program if they wish. The program includes extra treatment and counseling and sometimes medically assisted treatment as well.

“You’re not a violent person,” Judge Peterson said. “You’re not going around hurting people, but you can’t seem to get on top of this issue of substance abuse.”