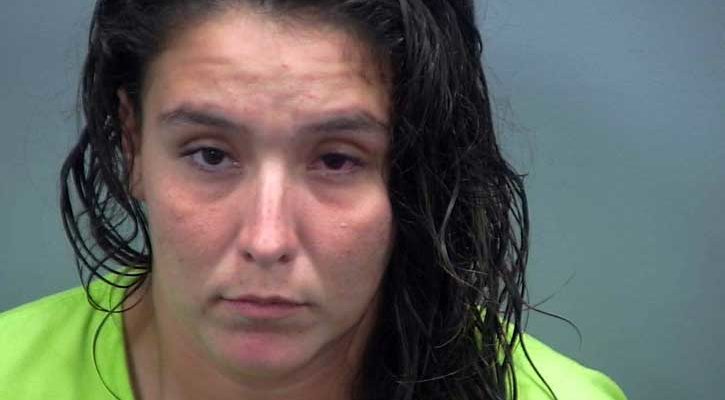 SAFFORD – While some drug laws can be draconian, Graham County Superior Court Judge Michael D. Peterson seemingly rules his bench with compassion for those afflicted with drug addiction and gives ample opportunities for those to rehabilitate off dangerous drugs.

While he is certainly not above sentencing offenders to jail or prison as appropriately warranted, Judge Peterson began the adult drug court to help those with addictions break free from their chains by not putting them in others.

Case in point is the change of plea hearing and sentencing of Donavee Nicole Perea, 22, on Tuesday. While not a drug court case per say, Perea was given a third chance at completing a rehabilitation program instead of additional incarceration time.

“It’s quite apparent that you have a substance abuse problem,” Judge Peterson said.

Perea had already served 57 days in jail, and with Peterson’s ruling, she will be released in 33 days to attend an in-patient rehab.

One week later, however, a petition to revoke her probation was sent to the court after Perea was caught smoking heroin with Joshua Merino in the men’s restroom of Firth Park. According to a Safford Police report, an officer entered the men’s restroom and saw Merino light the underside of a piece of aluminum foil and Perea ingest the smoke from the foil through a cut drinking straw. The substance on the foil was later determined to be heroin.

Perea was booked back into the jail July 17 on new charges of possession of a narcotic drug and possession of drug paraphernalia.

On Tuesday, Judge Peterson sentenced Perea to three years of standard probation on the last drug paraphernalia possession charge after she pleaded guilty and reinstated her on her previous probation with an additional 55 days added for the revocation petition.

Judge Peterson also sentenced Perea to 180 days in jail with 90 days suspended if she completes a rehabilitation program of her choice. Because she already had credit for 57 days served, she was ordered to serve 33 more days in jail before being released to attend rehab. If she fails in the rehabilitation program, gets kicked out or simply quits, she will have to serve 1.5 years in prison.

“The reason why this is structured this way is because we want you to be successful,” Judge Peterson told Perea during sentencing.

Judge Peterson withheld sentencing on the last possession of a narcotic drug charge and instead set it for Dec. 18 at 9 a.m. to determine how Perea was doing with her rehabilitation program before issuing his sentence.