MORENCI – A year ago, the Wildcats were 2-2 in the region as they faced the Bobcats for the first time in Benson. Morenci succumbed in four sets but split the pairings, prevailing at home in four sets later in the season. The Wildcats finished ahead of fourth-place Benson in the 2A East Region behind Thatcher (first) and Pima (second).

This time, amidst a global health crisis altered season, the initial pairing of the region members is in Wildcat Memorial Gymnasium on Thursday, Oct. 8. Benson brings a 1-3 overall record (1-2 region) with wins in four of 14 sets, while Morenci has a 3-2 mark (2-1) with wins in 10 of 19 sets.

Rhyanna Mennen is in her fifth season of coaching the Wildcats.

The other East Region pairing Thursday is Bisbee at Willcox. Pima and Tombstone are both idle.

There are 38 teams in the 2A class competing in six regions for the 2020 campaign, one with eight, one with seven, three with six apiece, and one with five. 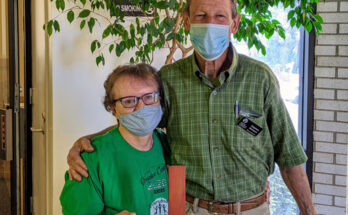