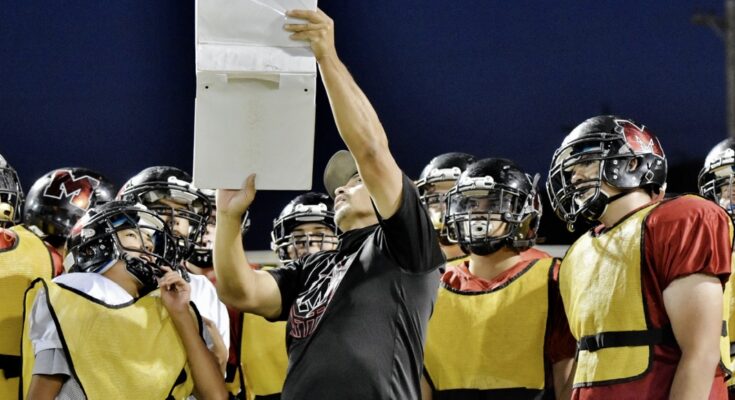 The other East Region member Willcox (0-0) is at Tombstone (0-2). The Benson (2-0) at Pima (0-1) pairing was canceled because of the ongoing global health crisis.

Other season opening results were Benson 21-0 over Verde Region Phoenix Veritas Prep, Verde Region Scottsdale Prep 47-17 over Tombstone, and 3A South Thatcher 26-0 over Pima on Oct. 2. The Willcox versus Safford contest fell victim to the global health crisis.

Ahead 19-14 with 7:30 left in the fourth quarter, the Wildcats needed 65 yards to score after the hosts narrowed the deficit. Morenci gained 11 yards in three plays for a first down, but lost eight in the next three plays and punted. Senior Maddux Martinez booted the ball to the five, and the Roadrunners needed to cover 95 yards.

Morenci’s defense stiffened and forced an intentional grounding pass to have a safety awarded. Senior PaulDaniel Moreno was about to tackle the quarterback in the end zone as he released the pass to an area without receivers. The margin was raised to seven points, 21-14, with 3:43 remaining.

The Wildcats received the kickoff, gained 18 yards for a first down, but only two more in the next four plays to turn the ball over on downs.

San Tan Charter gained five yards in two plays and threw two incomplete passes to turn the ball over on downs. However, the Wildcats fumbled on first down.

Again, Morenci’s defense stepped up to keep the Roadrunners out of the end zone during the closing minute of play. The hosts gained 40-of-56 yards by completing 4-11 passes before the final buzzer sounded. Game over.

Offensively, Morenci scored on one of seven first-half possessions, from 55 yards in two plays (6-0) with 6:29 left in the first quarter. Johnson connected with Martinez for a 53-yard scoring pass. The conversion run was stopped. Four punts and two turnovers on downs resulted in the other six possessions.

In three other second half possessions, Morenci turned the ball over on downs and scored twice. Johnson went in from two yards out to cap a 39-yard drive in three plays. Enriquez added the conversion kick for a 13-8 advantage with 3:04 left in the third quarter. A Johnson to Martinez 38-yard pass capped a 53-yard drive in six plays 58 seconds into the fourth quarter. The conversion run was stopped with a 19-8 advantage.

San Tan Charter took an 8-6 lead with 9:28 left in the second quarter. Freshman Zayden Neill connected with junior Dominick Jovel for a 7-yard touchdown and senior Jacob Loggins added the conversion run. Thirty-nine yards were covered in three plays during the Roadrunners’ fifth possession. Their first four ended twice in punts, an interception and a fumble. They punted twice and ran out of time during their last three.

In the second half, the Roadrunners also turned the ball over on downs, punted, and capped a 64-yard drive with a 10-yard Neill aerial to senior Jared NeVille during their first three possessions. The conversion pass was intercepted.

Defensively, Loggins recovered a fumble and both he and Galaviz posted a sack.