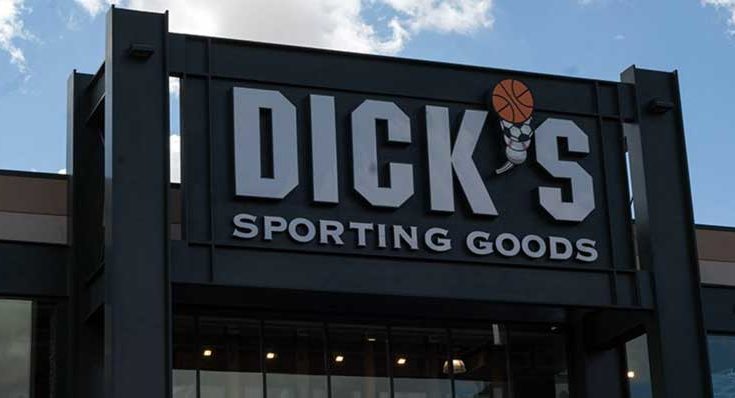 Photo By Mitchell Atencio/Cronkite News: Dick’s Sporting Goods announced it will no longer sell assault-style rifles or high-capacity magazines. Additionally, it is restricting the sale of firearms to individuals who are at least 21 years of age. Walmart followed that action the same day.

TEMPE – Arizonans had mixed reactions to Wednesday’s announcement by Dick’s Sporting Goods that the national sports retailer no longer will sell firearms to anyone younger than 21 in response to the mass shooting in Parkland, Florida.

Later in the day, Walmart announced it, too, would raise the age restriction on sales of firearms and ammunition to 21.

Reacting to Dick’s announcement, some Arizonans said they would head to Dick’s to show their support, while others called for a boycott.

“(Dick’s is) listening to the young people affected by this,” said Joan Dupnick, a shopper at Dick’s Tempe store, one of nine in the state.

Dupnick supports the national chain’s decision and its call for stronger government regulations: “I don’t really think there’s a reason for people to have an assault rifle.”

Attorney Trent Woods of AZgunlaw.com, a site dedicated to the defense and support of Second Amendment rights, disagreed. Woods said assault rifles, such as the AR-15 used in the Parkland killings, are commonly used for hunting.

“AR-15s absolutely are used for hunting, but it depends on what you’re hunting,” Woods said. “They’re not used to hunt deer or elk or other big game. … It is used to hunt varmint, coyotes, things like that all the time.”

In a statement, Dick’s Sporting Goods said officials are saddened by the Feb. 14 shooting at Marjory Stoneman Douglas and offered thoughts and prayers for the victims and their loved ones.

“But thoughts and prayers are not enough,” the statement said. “We have to help solve the problem that’s in front of us.”

CEO Edward Stack said in the statement and on Good Morning America that the company would stop selling the assault-style firearms in all 35 Field & Stream stores, a chain of hunting and fishing stores owned by Dick’s. The company also will stop selling high-capacity magazines and reinforced its commitment not to sell so-called bump stocks, which allow semi-automatic weapons to fire more rapidly.

On Twitter, Dick’s said it had sold a shotgun to the suspected Parkland shooter in November 2017: “It was not the gun, nor the type of gun, he used in the shooting. But it could have been.”

We deeply believe that this country’s most precious gift is our children. They are our future. We must keep them safe. Beginning today, DICK’S Sporting Goods is committed to the following: https://t.co/J4OcB6XJnu pic.twitter.com/BaTJ9LaCYe

An article in The New York Times called it “one of the strongest stances taken by corporate America on guns, adding fuel to an already heated national debate. It also carries symbolic weight, coming from a prominent national gun seller.”

Woods said Dick’s has every right to make this decision. He said it was unlikely Dick’s would be sued for age discrimination because those laws usually apply to those older than 40, but the situation could change if other retailers follow suit.

If every major retailer required customers to be 21 or older to buy a firearm, he said, it would amount to a de facto ban – even though that wouldn’t violate constitutional rights.

“Is it age discrimination? Well, now maybe it is,” he said. “It’s possible if more and more retailers engage in this behavior.”

The company also pointed out it ended sales of moderns sporting rifles, including the AR-15, in 2015.

“Our heritage as a company has always been in serving sportsmen and hunters, and we will continue to do so in a responsible way,” the statement read.

Campodall’Orto, who has twin 18-year-old sons, said the student activists who have spoken up inspired her to share on social media. She’s thrilled to see the private sector getting on board, she said in a message to Cronkite News.

@Emma4Change @cameron_kasky @davidhogg111 Today, this middle-aged mom will be going to Dick’s Sporting Goods @DICKS & buying something. I will speak with the manager, express my thanks & let them know their decision has brought me to their store. Let’s support their decision! https://t.co/3JZBWiCLOB

However, a Twitter user from Tucson – username @bthom3000 – said the move by Dick’s will not change things.

“You lost me forever as a customer. I’m also not an NRA member. I’m just tired of people blaming objects and not finding the root cause of these actions.”

So if we ban “assault rifles “ these things will stop? Ok, sure they will. You lost me forever as a customer. I’m also not an NRA member. I’m just tired of people blaming objects and not finding the root cause of these actions.