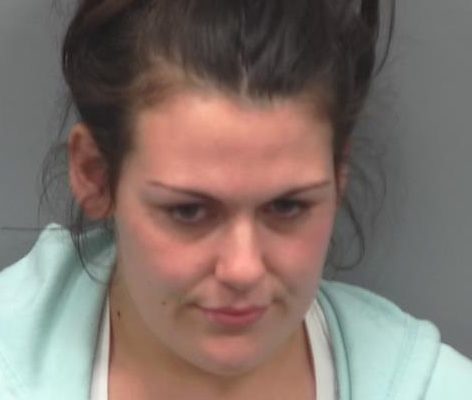 Contributed Photo/Courtesy GCSO: Kaliska Price was found with meth and marijuana after officers were called to a trespassing call that she was involved.

SAFFORD – A woman who was allegedly threatening a subject while trespassing was caught with drugs after fleeing from police late Monday afternoon.

Kaliska Lynn Price, 25, was arrested and booked into the Graham County Adult Detention Facility on charges of possession of a dangerous drug (methamphetamine), possession of marijuana, and possession of drug paraphernalia.

According to a Safford Police report, officers were dispatched at about 2:19 p.m. to assist Graham County Sheriff’s Office deputies with a threatening call at a residence east of Safford. While en route, dispatch advised that the suspect, Price, had left the area on foot. An officer then noticed Price walking toward his vehicle and that she appeared to drop something in the canal.

Pice allegedly told the officer that she had been staying at a house and a man came and told her she had to go so she left. She said she had been staying off and on at the house since January. While speaking with the first officer, a second officer retrieved the top half of a baggie of marijuana from the ground where Price had been standing.

Officers then canvassed the area and located the other half of the baggie and two meth pipes with drug residue. A small baggie containing methamphetamine was also found in Price’s pocket.

Price denied ownership of the marijuana or pipes but allegedly admitted to owning the meth found in her pocket. She was then transported to the jail and booked on the drug charges.