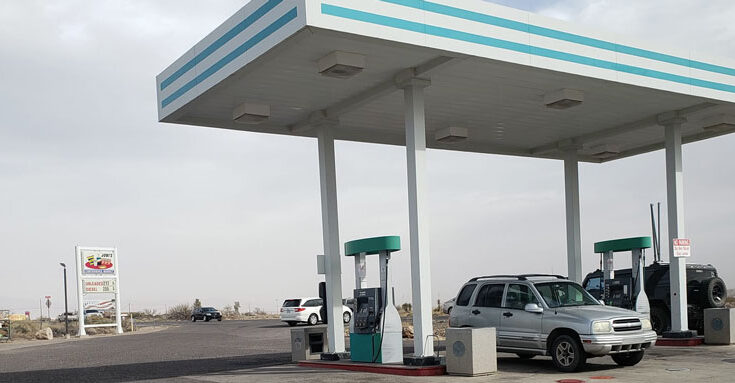 GRAHAM COUNTY – Deputies were dispatched twice within four days to U.S. Highway 191 south of Safford near the Jobi’s Convenience Store to unrelated incidents involving toddlers walking by themselves along the highway. In both instances, the children had wandered off from a grandfather’s residence when they were babysitting.

The woman stopped and asked the boy to sit by her vehicle, according to her statement to police. She then called authorities after the child was unable to give contact information for his family or an address.

Inside the boy’s grandfather said he looks after the child during the day and that he thought he had just been there just a short while ago and didn’t realize the boy had left.

After speaking with the child’s parent, the boy was left in his grandfather’s care.

A second, unrelated incident then occurred on the morning of May 1 when a woman found a 2-year-old girl standing by the highway just north of Jobi’s. The woman said she gave the child a snack and called the police. She said the girl didn’t talk much but said she was 2 and had lost her mom.

A deputy was dispatched to the area at about 9:15 a.m. and placed the girl in his patrol vehicle. The child pointed northward when asked where her home was but wasn’t able to describe it any further.

Shortly afterward, a man drove to the deputy’s location and identified himself as the child’s grandfather. The grandfather said he was babysitting for his daughter and all the children were downstairs painting nails when he went upstairs “for just a minute.” He said when he came back downstairs the 2-year-old was missing.

The deputy later interviewed the child’s mother, who said she had dropped the children off at her father’s house at 9 a.m. The residence is off 45th Street, and the deputy was dispatched for the welfare check at 9:15 a.m.

After finishing his report, the deputy contacted the Department of Children Services and filed a report, which the agency advised it would document under information given.